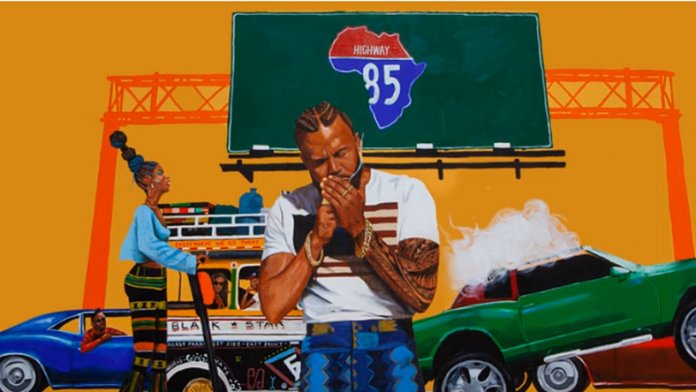 Jidenna’s debut album titled, The Chief  was released on February 17, 2017 and peaked at number 38 on the Billboard 200.

The latest album is already a favourite among fans in just a few days. Off the highly anticipated LP is the melodious tune of its first track titled Worth The Weight. The spirited elements of the track are realised in the accompanying video for Worth the Weight.

Seun Kuti voiced the outro of the song with these words: “I believe it’s time for an African peoples’ powered highway; a highway that will connect the Diaspora and motherland, a global highway for African people all over the world to rediscover themselves. To remember that the only thing that unites black people, globally, the only thing we all have in common is that we are from Africa.”

The video to this track happens to be the first visual to the ‘85 to Africa’ album, which the title refers to as the interstate-85 that goes directly to the airport where people can take direct flights to African cities, like Johanesburg and Lagos. With 85 to Africa, the Grammy-nominated artiste had explained during a radio interview with LA’s Real 92.3 that he wanted to share a message of unity across the African Diaspora.

Jidenna added that the album was like a musical road trip, meant to take listeners on a cross-genre sonic journey as they move through it.

In the lead-up to the album release, the ‘Classic Man’ had dropped a couple of singles including Tribe, Sufi Woman, and Zodi in which he featured Mr Eazi.

Worth the Weight is described as a fiery album opener — one that gets straight to the point. Jidenna’s 85 to Africa serves as a sort of highway, leading Africans in the diaspora back to the motherland, and this track acts as an invitation for black people all over the world to make the journey. On his verses, Jidenna raps about the struggles he has endured as a black American. His passionate stanzas are interrupted by a spoken word refrain from Seun Kuti, who instills black pride in his listeners.