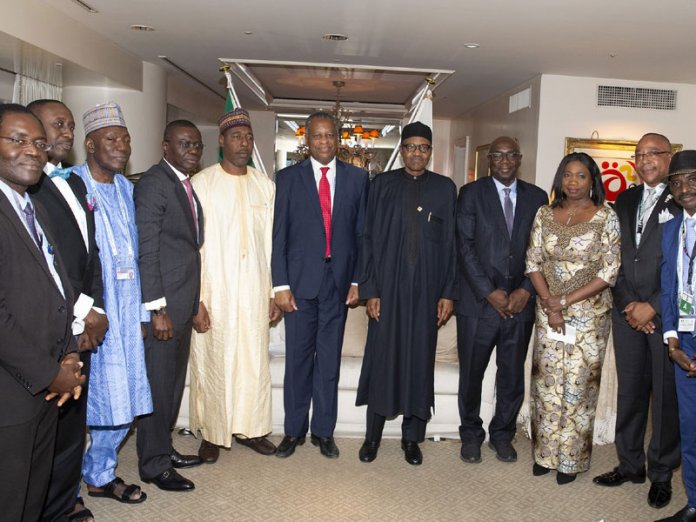 A few days after the United States’ Federal Bureau of Investigation (FBI) charged 80 persons, most of whom are Nigerians, over a range of fraudulent activities, President Muhammadu Buhari Thursday in Yokohama, Japan warned Nigerians in Diaspora that the federal government would not condone any crime from anywhere.

Speaking while addressing the Nigerian community in Japan at the Royal Park Hotel on the sidelines of the seventh Tokyo International Conference for African Development (TICAD), the president threatened that Nigeria would not allow bad eggs among Nigerians resident abroad to continue to portray the country in bad light.

“We will not condone any crime whether at home or abroad, and we will also not allow these Nigerians define us as a people with reputation for criminality,” he warned.

The meeting was organised by the Chairman of Diaspora Commission, Hon. Abike Dabiri-Erewa.

Speaking further, the president talked tough, saying the criminal lifestyle of Nigerians engaging in all manners of crimes abroad debases the values of the country, pointing out that such criminal tendencies are not a reflection of the country’s values.

According to him, those who carry out such criminal acts are in the minority as he counselled them to turn over a new leaf.

“Let me also say that there are few Nigerians in the Diaspora that are giving us a bad name by engaging in criminal activities. These Nigerians are a minority, they do not represent the values of our country, and I plead with them to change their ways,” he said.

Buhari expressed pleasure over the productive outputs of Nigerians living in Japan, saying they have made the country proud.

He added that many other Nigerians in Diaspora like them “have excelled in varying fields of endeavor, both professionally and individually.”

The president added: “You have also made significant and overwhelmingly positive contributions to your Nigerian and international host communities. You have continually been a positive bridge between Nigeria and the world. It is not an easy feat and we commend you, salute your courage and efforts.”

He also charged them not only to be good ambassadors of their host countries but also to obey the laws of such countries.

He praised entrepreneurs among them in Japan, submitting that he was “happy because millions of Nigerians all over the world are making us proud.”

“As you are aware, I have regularly held town hall meetings with Nigerians in the Diaspora on all my foreign engagements be they in Europe, Asia, America and Africa.

At these fora, I have always, appealed to our citizens to be our good ambassadors, observe the laws of your host countries, excel in whatever you do legitimately, and also remember us at home (Nigeria).

“I have established the Nigerians in Diaspora Commission specifically to engage with you, signifying a coordinated attempt by our administration to increase the involvement of our Diaspora in our national development.

“Collectively, your resources, skills, and talents will be a positive force for our country which can help accelerate our national growth and development,” he stated.

Earlier, Dabiri-Erewa had introduced members of the community to the president, informing him about the huge exploits of some of them in both Japan and Nigeria.

He also told the president that some Japanese were very skeptical about the prospects of investments in Nigeria because of their perception on security situation in the country, urging the president to engage such people.

Also speaking, Chairman of Nigerians in Diaspora Organisation, Asia (NIDOASIA) told the president about the efforts being made by members of the community in bringing business prospects to Nigeria, highlighting the power of science and technology to solve serious problems.

“Any problem that science and technology can solve, we are able to, and we can help Nigeria in areas of need,” he stated.

In the same vein, Ochade Osekwe, Executive Chairman of Nigeria Chambers of Commerce and Industry, Japan, told the president that he had used his office to promote cooperation between Japan and Nigeria. 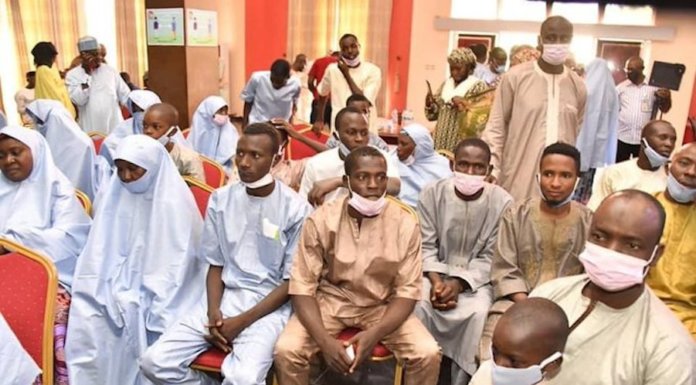