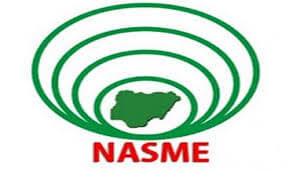 The National President, Nigeria Association of Small Medium Enterprises, (NASME), Degun Agboade, has advised the federal government to ensure that its industrial policy  interlinks and reinforces other existing economic policies for synergy rather than working in silos.

According to Agboade, collaboration and cooperation should be the strategy to deliver economic growth and sustainable development of the country.

The NASME boss said this during the validation of the revised Nigeria Industrial Policy Draft, in Lagos, recently.

He said globally, micro small medium enterprises MSMEs had been affirmed to represent 90 per cent of economic activities of any country as an engine of growth and enabler for socio economic transformation of any country.

According to Agboade, initiatives such as this would encourage Nigerian MSMEs to be at the fore front of production in terms of quality products that would be globally competitive and also contribute to the Gross Domestic Product (GDP) of the economy.

He explained, “We are here to revise it in order to add clauses that would address the current challenges; for instance, the African Continental Free Trade Area Agreement was not considered in the policy prior to this due to its non- existence at that time.

“The ACFTA agreement is something that should be utilised in this revised draft policy in order for us to experience sustainable economic development in the country.

“Operators of this policy need to act on the basis of developing an industrialised economy that would enhance economic activities within and outside the country as development is a process that requires efforts and dedication as we are not yet there.”

He added: “Such issues as multiple taxation, MSMEs empowerment schemes and financial inclusion need to be tackled.

“In addition, there is a new release by Nigerian Bureau of Statistics about the number of MSMEs in the country the one prior to this was published in 2013.

“The recent one states that we have 41.5 million MSMEs in the country; which is more than the 37 million MSMEs that was in existence as at when published in 2013.

“All these statistics are vital towards generating an effective draft policy that can enhance sustainable economic growth in the country.”