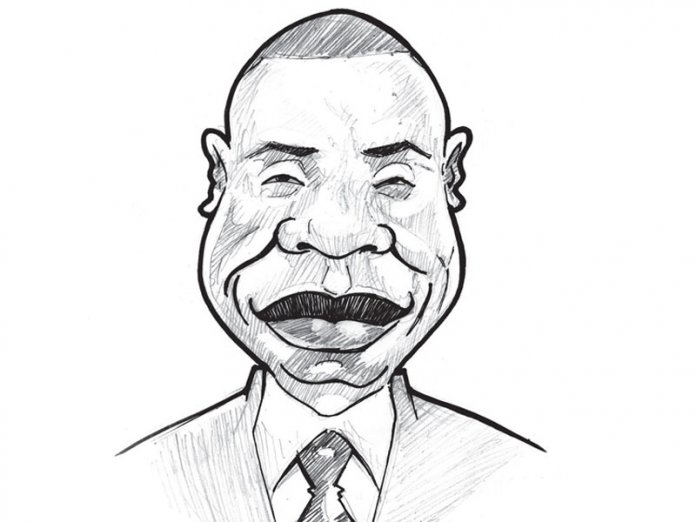 At first, I thought it was a gathering of Igbo traders fighting over bales of Okrika. But as I watched closely the whole thing began to make sense. I saw Ike Ekweremadu with real fear in his eyes as he tried to escape the clutches of these wolves. He ran out, they pursued him, he ran back inside, they pursued him. There was no hiding place for the senator. In all these struggles, the attackers had their ever-present purses under their armpit, a symbol of their nationality as they attempted to carry out a nefarious deed against the senator who only just went to eat yam. Well, he was rough-handled and if not because he neither does not have the training of the ‘streets’ nor that he had forgotten the training, he failed to even send one blow. That is my own problem.

These were overfed and spoilt Igbo traders who had carried their trade to Germany. They themselves have forgotten how to fight as some were even falling and rolling on the floor as they pursued their scared prey. So Ike cannot tell me, that he could not even hold one of them in a WWE neck lock and threaten to break his stupid neck if they did not back off.

This Ike fall my hand. So with all the akpu he used to eat, he could not grab one and push his back to the wall and shout like they do in American Film’ back off’ or shout ‘Ha Pum aka’ in Igbo since these illiterates would not have understood? Well, me I am not happy with Ekweremadu at all. Is that how to fight for Nigeria, is that how to stand and fight for fatherland? I trust myself, I would have run to the open ground so they will all come out because I would not want to miss any one of them. Jump high in the air, like Bruce Lee and with a blood curdling scream begin to give the ‘idiots’ drop kicks, one at a time that would have sent the lily-livered cowards back to their spare part shops or wherever they came from. My advice my dear Ike is that next time, you would have torn your gown and made a head band for your head, then do your eyes one kind and stretch your hands in a Kung Foo style and then target just one person and deliver the killer punch.

That one will die instantly from the punch, hold the next man ‘blokoss’ squeeze it and break his testicles and finally remove only five teeth from the third person and you will see that the story would be different. Better come for training for Shomolu, no be that thing wey we see for video. You embarrass us your supporters. IPOB? No comment.