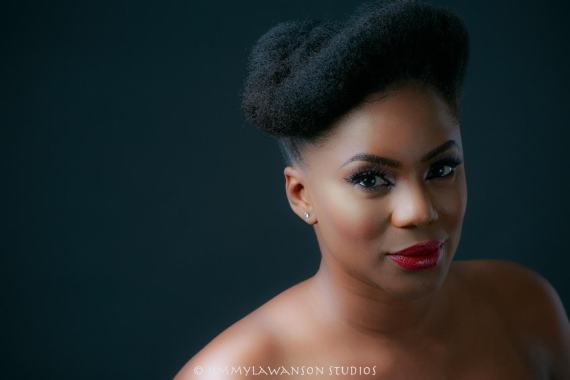 Two years after she ventured into filmmaking with a short movie “Unprotected”, medical doctor turned actor, Nkiruka ‘Kiki’ Omeili has released a full length cinema movie titled “Run”. The cross-over artiste, whose career really took off after playing ‘Lovette’ in the Lekki Wives series, and popular for her role in the crime caper movie, Gbomo Gbomo Express, has upped her game and the bar of storytelling in Nollywood with this production being her debut feature film. Run, which has been selected to screen at several international film festivals, including the Silicon Valley International Film Festival in California and the Slum International Film Festival in Kenya, is set for cinema release nationwide on August 23. Kiki shares all about the movie project with Ferdinand Ekechukwu

Glad to hear you talk about your first cinema production. Hope I’m right?

Yes it’s the first. The other production was a short film “Unprotected”.

What was the experience like doing your first cinema movie?

It was quite challenging to source for the funds and the locations and to generally bring the project to life. I wanted a certain kind of feel to the movie and it wasn’t very easy to achieve it as it was shot almost entirely at night on the streets of Lagos.

Why did you embark on the ‘Run’ movie project?

I had seen too much of a certain kind of movie in Nollywood and I wanted to go in a different direction which I would want to be featured in.

Can you give us at a glance the synopsis of the movie?

Sure. Run is about a hardworking, uptight young woman, who lives a dull and routine life, witnesses something one night that throws her life into chaos and puts her in situations she has never been in before. She is then forced to do things that she has never done before to get herself out of the mess and back to her former life.

What inspired the movie Run…how did you conceive the idea?

The idea for the movie Run, just came to me out of the blues and it had been dancing around in my head for a while. So I called the director Uche Chukwu and told him that I had an idea for a movie and he said I should write it. So I did. It took me about three months to complete the script and as soon as I was done, I started sourcing for funds to film.

How long did it take to get the movie project completed?

It took six months after filming to complete the project. The editing and sound score in particular, took a while, because the score of a film is very vital to the telling of the story.

I heard you mention Kelechi Udegbe, Gregory Ojefua, Rotimi Salami and one or two other names. Having followed your career now for some time, it appears you are very cool working with some particular set of actors?

While I was writing Run, I visualised certain actors playing certain characters. I needed actors that would deliver and bring the characters to life. That’s what informed the choice of actors. Naturally, if you have worked with certain actors before, you know their capabilities.

What role did you play in the movie?

I play Tomilola Wright in the movie; an uptight, strict and hardworking young lady who never minds her business. Tomi’s life is thrown into chaos when she witnesses something one night and now she is running from pillar to post, trying to get her life back on track.

What should cine ma buffs and your fans expect in this movie?

Run employs the use of brilliant camera work, excellent cinematography and catchy scores to tell a very compelling story that has a little bit of everything: action, drama, comedy and it thrills you to the very end.

What next with Run in terms of screening, premieres and cinema release?

Since joining the industry about six years ago, you have grown to being a producer. With the experience from this production would you be seen more on this path while still being in front of the camera?

I will definitely be seen more on this path because although it is a lot harder than just acting, it enables you to control the narrative and better define the kind of projects that you want to do. It’s also of course, a good idea to own your own content for monetisation purposes.

As a successful actress with a privileged academic record, would you say you have found fulfillment being in the arts rather than your professional calling, medicine?

At what point in your medical profession did you nurse the urge to fully switch into the arts?

I realised in my fourth year in medical school that I would probably not practice, but I didn’t fully make the decision to switch until I was done with medical school. I had completed my housemanship and NYSC. I had even worked for a while before I made the switch.

How fascinated were you to the arts as a child growing up and what was your dream actually?

I have always been a couch potato. I used to watch a lot of movies and TV shows growing up and I could recite many of the movie lines word for word. I was also quite big on narrating the stories of movies that I had seen to my classmates. I loved literature so much in secondary school that I was actually a prize winner. So, I have pretty much always been very fascinated and drawn to the arts. I wouldn’t say I had a dream per se. I was just drawn to performing.

In what ways have your medical background impacted on your acting career since you made Nollywood industry a home like others from other professions?

One thing I learnt in medical school was discipline and that has made me a disciplined actor which pretty much helps you make a name for yourself. Also, my medical background has a huge impact on the kind of movies I produce. I always say that you will take something away after seeing a film produced by me.

Were you discouraged in any form, be it parental or peer when you nursed the thought of a career switch to the arts?

Luckily for me, my parents were very supportive of me when I made the switch. If they had been antagonistic, it would have made things a lot harder for me. Of course, there were people who weren’t thrilled at the idea of a switch. There are still people who aren’t. But I’m responsible for my own happiness and fulfillment career wise. So naturally, I will do what I find fulfillment doing.