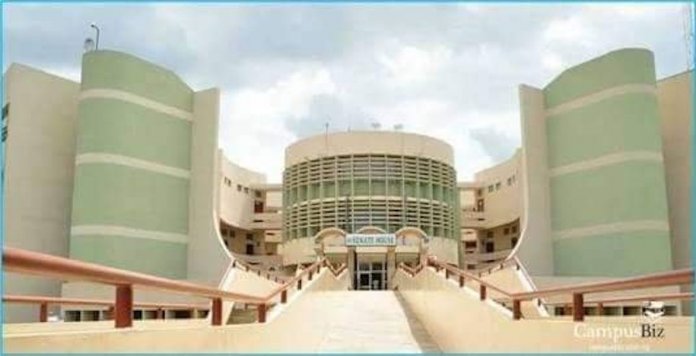 The federal government yesterday hinted that it had set a September 2019 date for the groundbreaking ceremony of the University of Transportation Daura, Katsina State even as it noted that it would be closely followed by the establishment of a factory in Kajola, Ogun State, for the manufacturing of some of the materials for the construction work of the ongoing Lagos-Ibadan rail project.

Disclosing this shortly after inspecting the pace of work of the rail project along Ibadan corridor, Oyo State, the  Minister of Transportation, Rotimi Amaechi, who barely two days after being sworn in, instructed contractors handling the project to as a matter of urgency speed up the pace of work and get to the sea port so that they could evacuate the goods at the seaport

According to him, “We are insisting that they cannot continue to manufacture coaches, Locomotives and wagon in China and selling to us. So, as part of the benefits we will get out of the contract we have given them is that they will build a factory in Kajola.

“For now, they will begin to manufacture wagons but they will progress from wagon to coaches and locomotives and Nigerians will understudy them.” He reiterated that the present administration led by President Muhammadu Buhari was determined to ensure the development of a standard rail infrastructure in line with the best practice.

He said: “There are extra works that need to be done and there should be the provision of under passes and overpasses for free movement of vehicles crosses within Lagos metropolis. There are about sixteen crisscross and with the Lagos traffic, if all these works are not carried out,  a lot of accidents will occur and people will die. We don’t want this to happen.

“There is no variation, what we said is that there is extra work because, if you go to Lagos either people will die because, there is a narrow gauge train and this new project is a speed train between 120km/hour.

“So, those crosses you see, if you do not create avenue for busses to cross, you either block Lagos completely and there will be traffic madness or you create passes. These would cost money. So we need money and we have to go and get approval from the government.

“During the last inspection tour of the project on the 10th of May, which was few weeks to the end of the former dispensation, we announced  that the track laying on Lagos-Ibadan rail line would be completed by the end of May ahead of its scheduled three years completion date. But, because of these extra works, it’s what is slowing down the contractor,” Amaechi said.

He however, called for synergy between contractors to work effectively and ensure the project is not delay more than necessary.