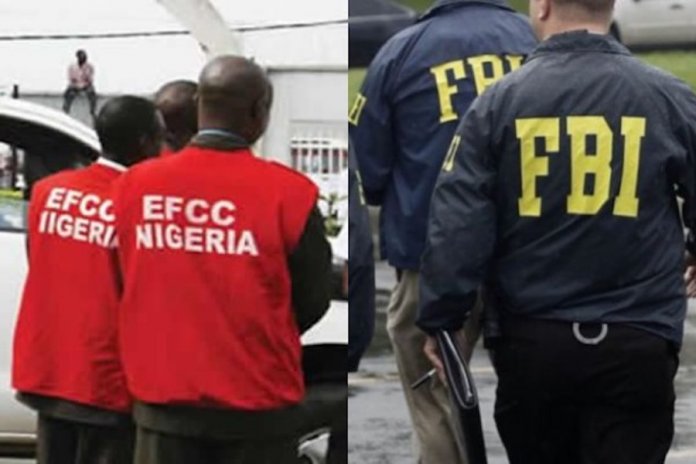 The Economic and Financial Crimes Commission (EFCC) is set to commence manhunt for the home-based Nigerians indicted by the United States’ Federal Bureau of Investigation (FBI) on Thursday for a variety of scams and online fraud cases in the US.

The fraudsters, majority based in Nigeria, were involved in a series of coordinated internet scam running into billions of dollars fraudulently obtained from victims in the United States and other parts of the world.

Already, the masterminds, Valentine Iro, 31, and Chukwudi Christogunus Igbokwe, 38, both Nigerian citizens, have been arrested by the FBI in the US.

Sources told THISDAY last night that following the release of the list of 78 Nigerians involved in the scam by the FBI, the EFCC Chairman Ibrahim Magu and a select team at the headquarters in Abuja, spent quality time yesterday strategising on how to swiftly nab the Nigeria-based members of the fraud syndicate.

Speaking at the EFCC headquarters in Abuja yesterday, the Acting Chairman of the agency, Ibrahim Magu, stated that the agency had commenced investigation into the matter.

He said the commission was investigating to ascertain the involvement of Nigerians who collaborated with the ones indicted in the United States.

“We will investigate it and we will leave no stone unturned. We will go after those who collaborated with the ones in the US and they will be made to face the full wrath of the law”, Magu said.

Magu also restated an earlier position of government that it would go after those involved in the failed Process and Industrial Development (P&ID) gas to power project that plunged the country into a $9.9 billion judgement debt crisis.

The EFCC boss said the commission was collaborating with the FBI in two operations notably Operation “Wire-wire” which commenced in 2018 and Operation “Rewire” presently ongoing, both aimed at containing cybercrime. He said the joint operation involved Malaysia, Canada, Indonesia and the United States.

“We work with FBI in Lagos. We carried out operation wire-wire and the FBI mentioned in their press statement that we are one of the agencies working with them and it was successful”, he said.

On the $9.9billion judgement debt, Magu said the investigation had commenced.

“We are investigating. It’s ongoing. It will be revealing because some people want to rob this nation and we will not allow that”, he said.

The 80 indicted persons, mostly Nigerians, are being accused of operating various bank and money-service accounts that could receive funds fraudulently obtained from victims.

Their indictment was contained in a 252-count federal grand jury unsealed by the attorney’s office.

The 80 defendants were charged with participating in a massive conspiracy to steal millions of dollars through a variety of fraud schemes and launder the funds through a Los Angeles-based money laundering network.

“The indictment was unsealed after law enforcement authorities this morning arrested 14 defendants across the United States, with 11 of those arrests taking place in the Los Angeles region. Two defendants were already in federal custody on other charges, and one was arrested earlier this week. The remaining defendants are believed to be abroad, with most of them located in Nigeria”, the statement read.

Narrating how the defenfants defrauded their victims, the statement said: “Once members of the conspiracy convinced victims to send money under false pretenses, Iro and Igbokwe coordinated the receipt of funds and oversaw an extensive money-laundering network”.

The indictment and criminal complaint alleged that Iro and Igbokwe, who were among those arrested this morning, were involved in schemes resulting in the fraudulent transfer of at least $6 million in fraudulently-obtained funds – and the overall conspiracy was responsible for the attempted theft of at least an additional $40 million.

“Today, we have taken a major step to disrupt criminal networks that use BEC schemes, romance scams and other frauds to fleece victims. This indictment sends a message that we will identify perpetrators – no matter where they reside – and we will cut off the flow of ill-gotten gains.

It said that Iro and Igbokwe essentially were brokers of fraudulent bank accounts.

According to the indictment, Iro and Igbokwe collected bank accounts, fielded requests for bank account information, provided that information to co-conspirators around the world, and laundered the money obtained from victims – all of this in exchange for a cut of the money stolen from victims of the various fraud schemes.

“If a bank account with a specific business name was required to trick a business-victim into making a payment, Iro and Igbokwe often coordinated with ‘money mules’ to open accounts that could receive funds obtained, according to court documents. In addition to making the fake business name mirror, the name of a legitimate company, members of the conspiracy routinely filed fictitious business name statements with the Los Angeles County Registrar/Recorder’s Office that were presented to banks when the fraudulent accounts were opened.

“Once a victim deposited funds into a bank account or a money services account, Iro and Igbokwe allegedly coordinated with others to further launder the funds”, the statement added.

It also noted that members of the conspiracy sometimes wired funds to other bank accounts under their control and in other cases, they simply withdrew funds as cash or negotiable instruments such as cashier’s checks.

“This method was used to transfer millions of dollars to Nigerian co-conspirators without directly transferring funds overseas.

“The indictment alleges that Jerry Ikogho, 50, (who was taken into custody on Sunday), and Adegoke Moses Ogungbe, 34, were among those who served as illicit money exchangers for the conspiracy.

“Each of the 80 defendants named in the indictment is charged with conspiracy to commit fraud, conspiracy to launder money, and aggravated identity theft. A number of the defendants also face substantive fraud and money laundering charges.

“Additionally, Iro, Igbokwe, Ikogho, Ogungbe and three other defendants –Izuchukwu Kingsley Umejesi, 30, of Los Angeles, Tityaye Marina Mansbangura, 33, of Palmdale, and Obi Madekwe, 31, of Nigeria – are charged with operating illegal money transmitting businesses. Ogungbe and Mansbangura were also among those arrested this morning, and Umejesi is a fugitive currently being sought by authorities.

Iro, Igbokwe and Chuks Eroha, 39, face additional charges for attempting to destroy their phones when the FBI executed a search warrant in July 2017. Iro also is charged with lying to the FBI in an interview conducted during the search.

FG Urges accused persons to turn themselves in

Meanwhile, the federal government through the Nigerians in Diaspora Commission yesterday expressed concern over the indictment of the Nigerians in massive email fraud and money laundering in the United States.

A statement issued by the Chairman, Nigerians in Diaspora Commission, Hon.  Abike Dabiri-Erewa, said the commission acknowledged the fact that accusation does not mean guilt, and hoped that all the accused would be given fair and speedy trial.

She stated: “We also ask those accused in Nigeria to voluntarily turn themselves in to American authorities to clear their names, without which the Nigerian government should extradite them if relevant international treaties between the two governments are invoked.

“While such actions ultimately have negative effect on the image of the country, the Commission however reiterates as it has always done, that the actions of  few Nigerians involved in criminal activities are not and can never be what the majority of Nigerians represent.

“We advise and we continuously resist any stereotyping of Nigeria and Nigerians generally. The Commission will continue to monitor the case closely.” 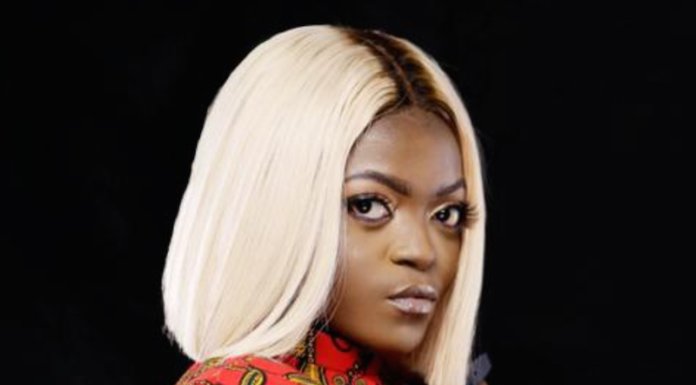