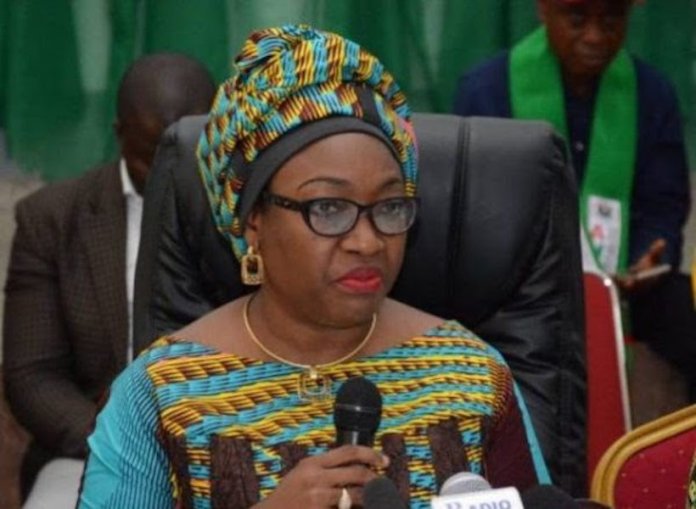 The Head of Service, Mrs Winifred Oyo-Ita, who was reported to be on medical leave, was at the Presidential Villa, Abuja, on Wednesday to witness the swearing-in of the ministers-designate.

News Agency of Nigeria (NAN) reports that the Head of Service, who was also reported to have submitted her resignation letter to the Presidency over alleged contract scam, was seen seated on her `traditional’ position at the council chamber of the presidential villa.

NAN gathered that the head of service, who arrived the presidential villa shortly before the commencement of the inauguration of the ministers by the president, was seen heading towards the office of the Chief of Staff to the President, Malam Abba Kyari

NAN, however, observed that Oyo-Ita, who was listed as one of the speakers at the just concluded presidential retreat held between Aug. 19 and Aug. 20, was absent at the venue of the event.

Oyo-Ita was reported to be on medical leave after the Economic and Financial Crimes Commission (EFCC) quizzed her over an alleged contract scam to the tune of N3 billion.

NAN reports that the Secretary to the Government of the Federation, Mr Boss Mustapha, who was earlier re-appointed by the president, first took his oath of office during the inauguration of the ministers.

NAN reports that the inauguration of the ministers-designate was ongoing as at the time of filing this report.(NAN)