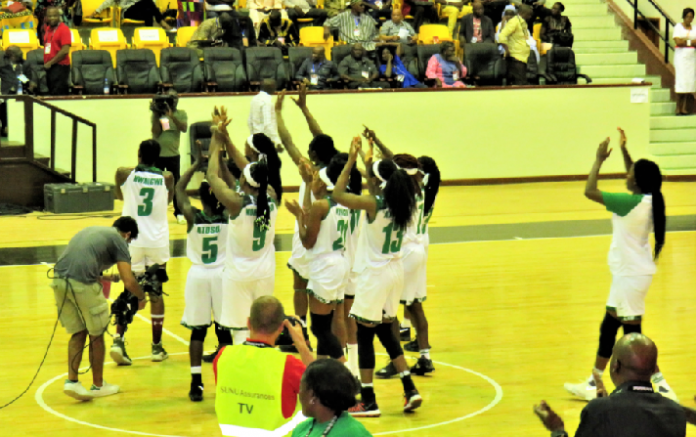 D’ Tigress coasted home to victory in a thrilling encounter, defeating Senegal by 60-55 to win back-to-back.

In a congratulatory statement issued shortly after winning the championship, Executive Director of the Award, Mr. Kayode Idowu expressed joy on the success recorded by the team at the competition, stressing that it was a sweet reward for their unwavering commitment and dedication over the years.

“I must express my sincere commendation to the team for their superlative performance in this competition. Not only that, we are highly delighted that the team has remained consistent inputting up this stellar performance which has seen them win the title back to back,” he stated.

Idowu noted that the consistent display of impressive performance by the team is a clear attestation to the recognition given by the organizer of the award over the years.

He further described the victory as a fitting confirmation of Nigeria’s supremacy in basketball at the continental level even as he urged the team to go all out to conquer the rest of the world.

It will be recalled that Evelyn Akhator, one of the players that featured in the just concluded tournament, had won the Basketball Player of the Year and the Best SportWoman categories in the 2018 edition of the Nigerian Sports Award.

The Nigerian Sports Award is the only Nigerian awards dedicated to recognizing the achievements of our sports men and women, both present and past that have shone brilliantly in the sporting world. The award honours leadership, vision, innovation and outstanding accomplishments providing an opportunity for our sports stars to be celebrated on national and global platforms.