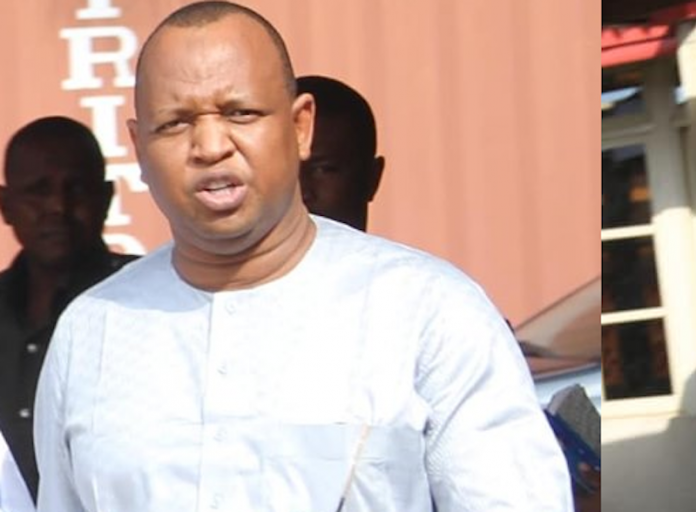 Abdullahi Babalele, the son-in-law to the Peoples Democratic Party (PDP) presidential candidate at the last general election, Atiku Abubakar, has been released from the custody of the Economic and Financial Crimes Commission (EFCC) where he was remanded by a Federal High Court in Lagos for alleged money laundering.

THISDAY gathered that Babalele was released last Friday, after meeting the bail conditions imposed on him by Justice Nicholas Oweibo, after he pleaded not guilty to a two-count charge of money laundering levelled against him by the anti-graft agency.

However, Atiku’s lawyer, Uyiekpen Giwa-Osagie, a partner in the law firm of Africa Law Practice (ALP) and his brother, Erhunse Giwa-Osagie, who were also arraigned by the EFCC on different charge of money laundering, are yet to meet the bail terms imposed on them by the court.

The Giwa-Osagies were released to their counsel, after they pleaded not guilty to a three-count charge of money laundering preferred against them by the EFCC, after the court ruling on their bail applications last Thursday.

It was gathered that Babalele was released after meeting the bail conditions but the Osagies are still processing theirs. The EFCC had arraigned Babalele, Atiku’s son-in-law for laundering $140,000 with the aide of one Bashir Mohammed.

Uyiekpen Giwa-Osagie, alongside his brother were arraigned for laundering $2 million.

They were however, granted to bail last Thursday, in the sum of N20 million with one surety each, after their counsel – Chief Mike Ozekhome (SAN) for Babalele and Mr. Raji Ahmed and Mr. Norrison Quakers, both Senior Advocates of Nigeria (SANs), for the Osagies, have argued their clients’ bail applications.

In the charge against Babalele, the EFCC alleged that Atiku’s son-in-law had on February 20, 2019, procured and aided one Bashir Mohammed to make cash payment of the sum of $140,000, without going through financial institutions.

EFCC had alleged that Osagie’s brothers have on February 12, 2019, aided each other and made cash payment of $2 million, without going through the financial institutions.

Justice Oweibo has adjourned the trial of the criminal charge against the defendants till October 8.