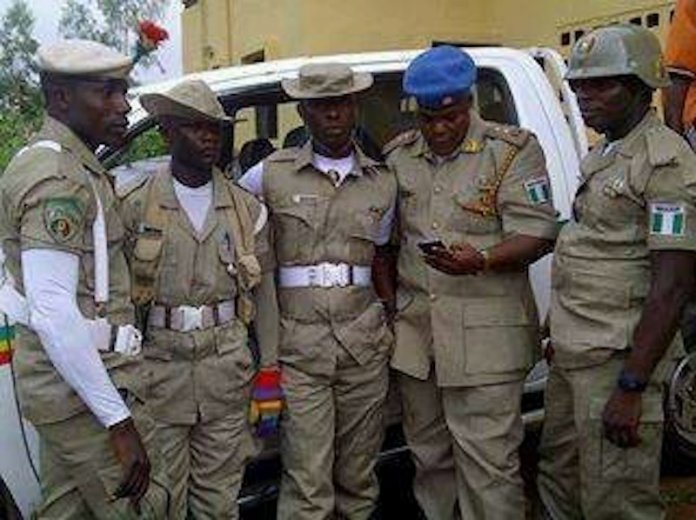 The Peace Corps of Nigeria (PCN) has urged the federal government to consider signing its pending bill into law, which it said would strengthen its operations and existence in the country.

The Lagos State Commandant of the Corps, Paul Okwuchi, stated this during the corps National Peace Day campaign in Lagos as part of activities to mark the Day.

The Nigerian Peace Corps bill had earlier been passed by the two chambers of the eighth National Assembly but was not assented to by President Muhammadu Buhari.

The bill which was again revisited on July 3, 2019, passed the First Reading in the House of Representatives.

Defending the bill, Okwuchi said its approval would strengthen the organisation to mobilise and engage the youths for national development.

He decried the rising unemployment among youths which statistics has put at over 56 percent.

The commandant noted that the rising unemployment rate has a direct bearing on instability in the polity where by the youths are mostly involved in social ills and unlawful act due to joblessness.

According to him, “The Corps, as a non-governmental organisation, has a calling to develop, empower and provide gainful employments for the youths.

“More so, we are committed to facilitating peace, volunteerism, community services, neighbourhood watch and nation-building amongst others in Nigeria.”

Okwuchi pointed out that if the government can sign the bill for the establishment of the corps into law, the organisation would be able to do more than it is presently doing in getting the youths engaged and properly integrated into the society.

He said: “National peace is attainable if the youths, who are the bedrock of a society, are engaged and financially independent, and with that, they would be distracted from venturing into criminal acts, which is now order of the day in the country.”

Meanwhile, Chief Information Officer of Lagos State Command, Akinmutola Oluwatunmise, has informed Nigerians that the choice of this year’s campaign theme: ‘Let’s Give Peace a Chance’, was deliberate in order to spread and reinforce the essence of peace.