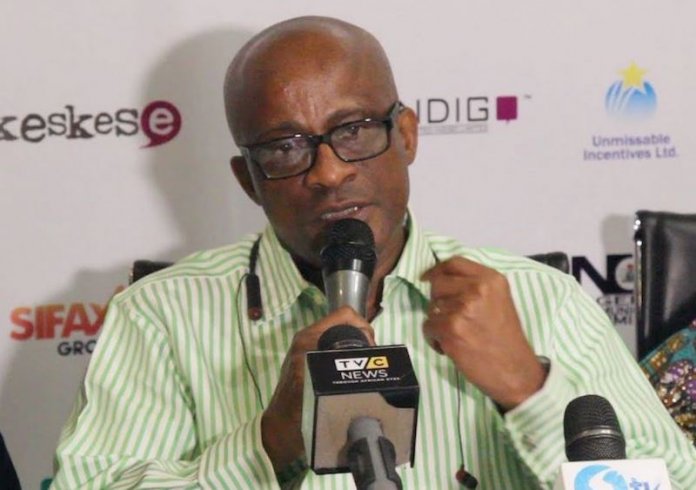 Organisers of Nigeria’s most prestigious and longest running sports award-Nigerian Sports Award (NSA), has set a target of 10,000 nominations to be received for this year’s edition scheduled to hold on Friday, November 29, 2019 at Eko Hotel and Suites, Victoria Island, Lagos.

Speaking at a media parley for the 2019 edition of the award tagged ‘Naija Flavour’ and held in Lagos last week, the Chairman of the Award Panel, Dr. Kweku Tandoh noted that the expectation for this year’s edition was to surpass the 7,000 nominations received in the last edition urging the media to join in the effort to raise public consciousness for nominations.

Tandoh who expressed his appreciation towards the media for their immense support over the years explained that it was imperative that the public get informed on how to nominate their favourite athletes or teams in the different categories of the award given that the All Africa Games as well as other sporting activities will be happening between now and October 15 October 2019, when the process is expected to end.

Tandoh further explained that the choice of the theme is a representation of what to expect promising that this year’s award would be a remarkable experience that reflects traditional flavour in its entirety.

The Nigerian Sports Award is dedicated to recognising the achievements of the country’s sports men and women, both present and past that have shone brightest in the sporting world.