It’s another eureka moment for ardent followers of the most exciting football league in the world as the 2019/2020 English Premier League (EPL) season formally kicked–off last weekend.

Although there was not a dull moment for football fans since the end of the last EPL season, football fans who had ingrained the English football matches into their DNA, waited excitedly for the new season. They followed all the teams from Manchester United to the ones they love to call noisy neighbours, Manchester City, Chelsea to Arsenal, Tottenham and the rest as they beefed up their squad and traversed Europe, Asia and America playing pre-season friendly matches.

This goes to show that the new season will be action packed and fans will see more actions and fireworks in the coming weeks.
Telecommunications firm, Globacom and Guinness combined forces with Supersports to make possible the wish of soccer fans in Nigeria and some other parts of Africa to connect to their passion point of watching live the EPL matches.

Speaking after the season’s first round of matches last weekend, Globacom said the live matches this season promise to be remarkable for soccer fans in view of the intense preparations by the various clubs and new signings.

Globacom, which is a headline sponsor of live broadcast of EPL matches on Supersports, said the arrangement would give football fans across the continent endless enjoyment in the next nine months on frontline pay TV, DSTV.

The clubs have also strengthened their teams ahead of the battle as seen last weekend. Manchester United has fortified its defence with two new players. They include Aaron Wan Bissaka, a full back defender from Crystal Palace and Harry Maguire from Leicester. Everton bought Alex Iwobi from Arsenal, while Tottenham Hotspurs broke the bank to purchase Tanguay Ndombele from Lyon in the French Championnat.

The defending Champion, Manchester City, is setting the pace again however; Liverpool, Tottenham Hotspurs, Chelsea, Manchester United and Arsenal are also set and will give the citizens a run for their money.

The quartet of Wolves, Everton, Leicester and Watford should also not be discountenanced in a league that is capable of surprises such as Leicester city’s exploit in 2015/16 season and Blackburn Rovers victory against all odds in the 1994/95 season when they edged out the mighty Manchester United.

Globacom said it expects another tough season and wish all the teams a fulfilling campaign.

‘‘The quality of the pre-season has been very encouraging and all the teams including the newly promoted clubs prepared fully for the new season as seen in the quality of the first match of the season. We wish all the teams the very best in the 2019/20 EPL season, as we move into match Day 2,” Globacom concluded.

The company said that “the broadcast of a highly competitive football league like the EPL affords Nigerian footballers and even fans an opportunity to raise their game and be abreast of latest development in the round leather game,”
Globacom disclosed further that it renewed its sponsorship of the live broadcast in order to satisfy the desire of football fans that passionately follow the EPL.

The company which rolled out its services in 2003 said its sponsorship of the live broadcast was a demonstration of its commitment to giving back to its customers and the society at large, adding that soccer buffs will enjoy unbroken opportunity to follow all the 380 fixtures live in the new EPL season from last weekend till May 2020.

“Our sponsorship of live matches of the EPL dates back to the 2013/2014 season and football fans across the continent are assured of another interesting time in the 2019/2020 which commenced last weekend, Globacom said.

The network noted further that “the EPL, no doubt commands large following in Nigeria and across the African continent and we are very delighted to use it to connect to the passion point of Nigerians, irrespective of their network of choice.
‘We’ll continue to use the sponsorship of the live broadcast of the EPL matches on DSTV to drive excitement among Nigerians for the next nine months,” Globacom added.

It also explained that “the broadcast of a highly competitive football league like the EPL affords Nigerian footballers and even fans to raise their game and be abreast of latest development in the round leather game.”

Globacom reiterated that its sponsorship of live football matches and other sporting activities previously across the African continent, since it rolled out services in 2003, underscores its avowed its commitment to delight the Nigerian people and give more values to its customers and the society at large. 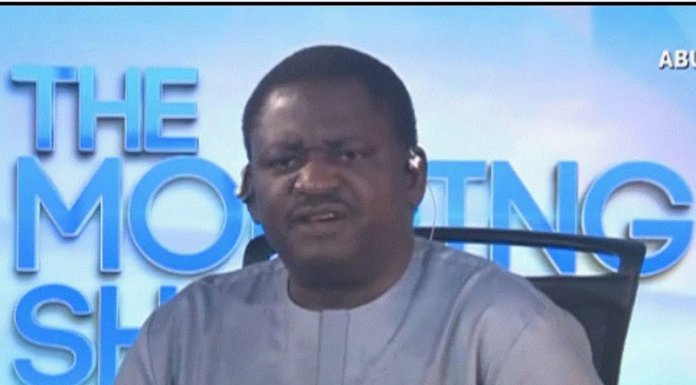