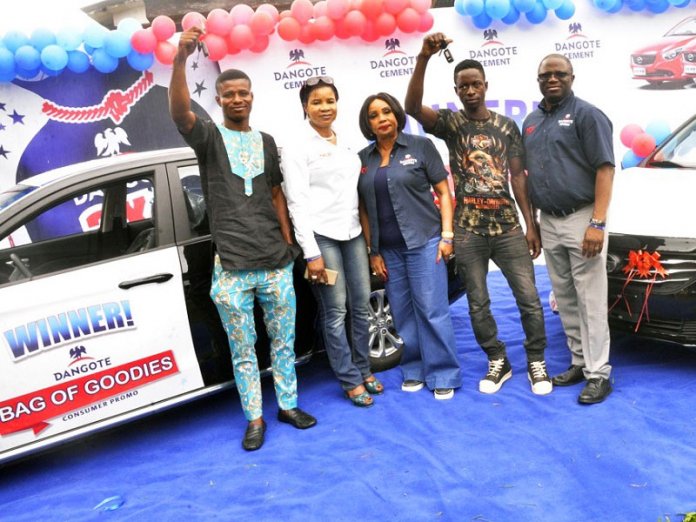 Two bricklayers and block moulders in Benin City, capital of Edo State have won cars and refrigerators in the ongoing Dangote Cement bag of goodies promo.

The two winners, Aliu Momoh and Evbuomwan Goerge were handed keys and particulars of the cars they won at an event in Benin City.
Other winners were given refrigerators and 42″ flat screen colour televisions.
Speaking on behalf of the winners, Evbuomwan who thanked God for emerging winner said he will continue to recommend Dangote cement to builders.

He said he has always used Dangote cement but was shocked when he was contacted that he won a car.
Speaking at the event, Executive Director, Dangote Cement, Mrs. Ufot Dorothy (SAN), said they were in the state to redeem the firm’s pledge of giving out goodies to winners.

She also said that the promo was meant to give back to customers who patronise Dangote cement, noting that cement from Dangote does not select weather, as it can be used both in dry and rainy seasons.
According to her, “we have come to redeem our pledge. It is our way of giving back to those that contributed to our growth. Whatever we promise, we deliver.

Earlier, the Regional Director of the company, Mr. Olaleye Bodunde, urged distributors and consumers to continue to use the product.
Olaleye described Benin as a hotspot for the company saying the company sells about 50 trucks of cement every day in the state.
Reiterating the comments of earlier speakers, Mrs Funmi Sanni, Director of Marketing, Dangote Cement, said they came because of the importance customers meant to the company.

She disclosed that the Dangote bag of goodies promo began in July this year and since then it has being exciting an exciting moment to consumers as week as the firm.

She said to qualify to win any of the gift items, all the consumer need to do is to buy a bag of Dangote cement.
The second step according to her is to open the bag of cement, search for the scratch card inside, take it to any of the redemption centres nearby where it would be scratched opened and whatever item is seen on the scratch card is won. 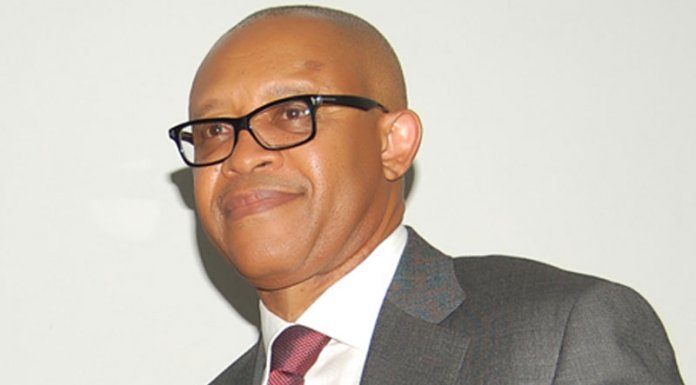 Okwuosa: AKK Pipeline Needs No Government Support to be Viable