Stakeholders in the financial service sector will gather in Lagos to discuss implementation framework through micro insurance and pension. The forum is the fourth edition of the National Association of Insurance and Pension Correspondents’ (NAIPCO) conference holding on August 29th, 2019. The conference would explore various ways at which the two sectors have been deepening financial inclusion through micro agendas.

This year’s edition of the conference has the theme: “Financial Inclusion: The Micro Agenda for Insurance and Pension Sectors.”

According to the conference organisers, NAIPCO, experts would discuss the micro insurance guideline and micro pension plans and how it can be an effective tool to deepen financial inclusion in the country.

The Micro Insurance Guideline is a concept launched by the National Insurance Commission (NAICOM), while Micro Pension Plan was recently launched by PenCom. The two concepts are expected to deepen insurance and pension penetration, especially, in the informal sector of the economy where players are largely financially excluded.

A statement from NAIPCO Secretariat, signed by its President, Omobola Tolu-Kusimo, stated that the conference would focus on financial inclusion, especially, as insurance and pension penetration and are still abysmally low when considered with  190 million population,  of which about 30 millions are working class citizens.

The two sectors she said, could drive the financial inclusion strategy of the country if relevant stakeholders play their respective roles effectively.

The Founder of Dominion City Business Academy (DOBA), Arinze Onochie, has expressed the desire of the academy to drive sustainable economic development in the country by empowering students with business knowledge. Onochie, who disclosed this at the maiden graduation ceremony of the students in Lagos recently, said the initiative to create the business school was fueled by the fact that empowering citizens’ business knowledge. According to him, the group brought together experts and practitioners to train and develop the capacity of the students so as to see them establish and sustain enterprises which eventually leads to job creation and economic growth. Onochie explained that after the training and lectures, mentoring was organised for students to ensure that they received the needed support for them to experience the sustainable growth that is needed for their business.

“The trainings, seminars and interactive sessions that the students have gone through would be best implemented when practiced and developed so I urge the students to take advantage of this initiative.

“With the mentorship programmes we can track the performances of the graduating students and the best of them would also participate in empowering the next set of students as they share their knowledge and experiences with them,” he added.

In his remarks, the Director, Dominion Business Academy, Franklin Onwumelu, said the facilities that the business school requires have been put in place in order to give the students standard education and experience.

“We are tackling the situation of unemployment in the country by empowering SMEs and large scale enterprises. However, when the youths are given the required infrastructure they would be able to arrive at their productive peek and provide solutions to the economy which generates sustainable economic development,” he added. 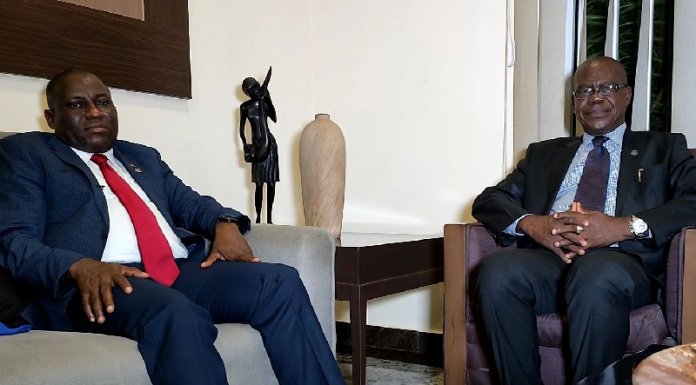