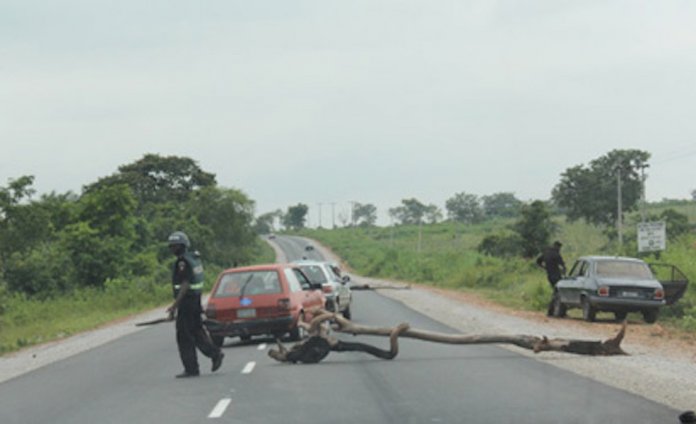 There are many questions begging for answers, writes Danladi Andetu

For the umpteenth time, the Nigeria Army is in the news over allegations of crime and unpatriotic conduct of some of its members. And for the umpteenth time also, Taraba State is at the receiving end of this perfidy that has become the trademark of military operations in the country, particularly in areas with security challenges.

The issue, this time, is the dastardly murder by soldiers from the 93 Battalion of the Nigeria Army in Takum, Taraba State, of four persons – three police officers and one other person – at a road check-point somewhere near Ibi, in Ibi Local Government Area of Taraba State.

The policemen were drawn from the highly efficient Intelligence Response Unit in Force Headquarters, Abuja. They had arrived Taraba State for a covert operation intended at fishing out a notorious kidnapping kingpin in the state. They had fully accomplished that mission and were on their way out with the suspect in their “net” when, somewhere at a road check-point not so far from the operational base of the suspected criminal, soldiers pumped live bullets into their vehicle, killing everybody in the car except the suspected kidnapper. The story has it that the suspect who was in handcuffs had the equipment broken with the help of the soldiers and was immediately set free.

This incident has, understandably, generated a huge amount of outrage and condemnation from in and outside the country. It has brought into the front burner the suspicion that has lived in the minds of most Nigerians for long that the Nigeria army is not only a part of the  country’s problem of insecurity but a big promoter of this phenomenon that has made our homes and our highways unsafe.

General T.Y. Danjuma, one of Nigeria’s most respected army officers even in retirement, was the first Nigerian to demonstrate the courage in voicing the truth that everybody was running away from. At the 2018 convocation of the Taraba State University, Jalingo, where he was guest of honour, General Danjuma told the whole world that the Nigerian military officers were biased and unpatriotic in their handling of herdsmen attacks and killings of innocent people that was threatening peace, unity and economic activities in the country. He accused the military of not only looking the other way while people were being slaughtered and their homes set ablaze or taken over by the invading herdsmen but, in some cases, colluding by aiding the invaders to kill and maim.

His courage was applauded by most Nigerians in and around the country except among the military hierarchy where the truth from the retired military icon was found to be too bitter to swallow. They then went ahead to do what they always did in such circumstances – to sit in judgment in their own case. General Tukur Buratai, chief of Army staff, set up a committee to investigate Danjuma’s allegations. The Committee toured some parts of the country and at the end, absolved the army of any wrong doing. Nobody believed them and yet they did not care.

Today the image of the army is in tatters. The presence of the army no longer inspires confidence and a sense of safety in the minds of Nigerians. Wherever there is crisis between local communities in the country, they go there not as unbiased arbiters, but to help their preferred side conquer the other. Unfortunately, the military hierarchy is still pretending not to see anything wrong with the conduct of its men.

The recent check-point incident is yet another embarrassing dent on the soiled image of the army. As usual, the army is desperate to exonerate its men from blame. This attitude has not, and will not, help the declining image of the army. For example, the army, in reaction to the incident, said its men were reacting to a distress call. What distress call? They have been challenged to make the identity of the distress caller public but have been unable to do so several days after.

They have also been unable to answer most of the pertinent questions raised by the incident. Why, for example, is the suspected kidnapping kingpin the only survivor of the check-point killings? And why was he released in a hurry by the army? Why didn’t the soldiers see the need to keep him longer for debriefing by their bosses in order to get a full and authentic story about the mission of the team of detectives? Why did the soldiers need to fire at the vehicle when there was no obvious sign that they were a threat to their safety? All these point in one direction – that the police detectives were killed to save the suspected kidnapper from arrest. That is, they took sides with the criminal against the innocent. This, obviously, is a vindication of General Danjuma, the elder statesman who the army tried to vilify for telling them the truth they did not want to hear.

Taraba State has not been particularly lucky with soldiers deployed to assist it in tackling its security challenges. I can recall the very sordid record of the military men who served in the now rested operation Ayem Akpatema who abandoned their brief of maintaining peace and started invading the private homes of innocent people and took away their kitchen knives, cutlasses, their money and other valuable properties while they ignored herdsmen carrying AK47 rifles. They protected the criminals while they arrested and tortured innocent and unarmed youths. It took the protests of Takum women activists for that military operation to be disbanded.

That is not all. I also remember the tacit support which the 93 Battalion gave to herdsmen that were rampaging Takum Local Government Area between 2017 and 2018. During one of such major attacks on communities in the LGA, the herdsmen fled after killings scores of the natives, leaving behind their cows. Governor Darius Ishaku directed that the cows be handed over the battalion commander for safe-keeping. The idea was to use the cows to fish out those who did the killings. The battalion commander ignored the governor’s directive and secretly released the cows to the killer herdsmen. It was his own way of helping the herdsmen to gain advantage in their unprovoked war against the people of the area.

During the 2019 elections, there were complaints from many parts of the country against the less than noble role of the military in the exercise. It was the same during the earlier governorship elections in Ekiti and Osun States. In Taraba State, people in military uniforms took part in the conflict that arose from attempts by some groups to stop supporters of the winner party in the gubernatorial and State House of Assembly elections from celebrating their victory. Most of those killed in the crisis were supporters of the winner party and allegations were rife that people in military uniforms were responsible for the killings.

This recent killing of police officers on a legitimate duty to Taraba State is one case too many against the army. It is surprising that rather than own up to this unfortunate case of murder, apologise to the country, the police and the families of the victims, the army is defending the action with stories that cannot convince even a five-year-old.

On this issue, Nigerians expect the army to open itself to scrutiny. It should allow the erring soldiers to be publicly investigated and disciplined if found culpable.

Oshiomhole, APC and Bayelsa Verdict: Time to Act is Now