The steady decline in crude oil prices last week, which saw a drop below the $60 per barrel benchmark price in the 2019 budget, may worsen the country’s vulnerabilities, analysts have warned.

Owing to this, they have advised the federal government to initiate policies that would ensure that the economy does not slip into another recession if the situation persists.

Crude oil price dropped to $57 last week due to escalating trade tensions between China and the United States.

The price of global benchmark crude, Brent, lost more than nine per cent in the past week, as tensions between the world’s two largest economies escalated.

US President Donald Trump had vowed to impose new tariffs on Chinese imports and China also made further moves against US agricultural cargoes.

The United States had also responded to a decline in China’s Yuan by branding the country a currency manipulator, pushing China to accuse the US of causing chaos in financial markets.

Trump had dismissed fears that the trade row with China could be drawn out further.

Also tensions in the Middle East had remained high after Iran seized some oil tankers in recent weeks in the Strait of Hormuz, a major chokepoint for oil shipments.

Iran had threatened to block all energy exports out of the Strait of Hormuz, through which a fifth of global oil traffic passes, if it was unable to sell oil as promised by a 2015 nuclear deal in exchange for curbing uranium enrichment.

Britain had also joined the US in a maritime security mission in the Gulf to protect merchant vessels after Iran seized a British-flagged vessel.

All these tensions have impacted on oil prices, which hovered around $80 when Nigeria’s 2019 budget was being prepared.

However, in an interview with THISDAY at the weekend, the Managing Director, Afrinvest Securities Limited, Mr. Ayodeji Ebo, advised the federal government to come up with policies that could attract foreign direct investments (FDI) to critical sectors, which he listed to include infrastructure, power and oil and gas.

“If the trend continues, the external reserves, which have a lot of swap agreements and other commitments, might face significant pressure and this will have negative effect on the economy.

“So, the best thing is for them to urgently come up with policies that can attract FDI and not foreign portfolio investments (FPIs). Government needs to act immediately because the global crisis in terms of the trade war between China and the United States is real and nobody knows how long it will last,” he said.

“There is really nothing we have done to cushion any effect since the last recession,” he added.

On his part, Ecobank Nigeria Limited’s Analyst, Mr. Kunle Ezun, said the outlook for crude oil price had not been positive.

“For Nigeria, this is a major issue because all the while we have been talking about diversification, but there is little or nothing to show for it. And if you observe what happened in the money market in the last one week, there have been sell-offs, which is gradually impacting the forex market.

“So we might see the Central Bank of Nigeria which had slowed down on its liquidity management going back to its open market operations (OMO). So, we need to start monitoring developments in the oil market,” he  stated.

Ezun urged the central bank to be prepared to confront the challenges ahead, saying “we all know the fiscal side has been very docile.”

Also, the Head of Research at FSDH Merchant Bank,  Mr. Ayodele Akinwunmi, said if oil price continued to drop and the plan to implement the new minimum wage took off, the country might face severe challenge.

“Oil revenue accounts for a bulk of revenue receipt and if this continues, there might be exchange rate pressure which might lead to imported inflation.

So, we must watch what is going on in the global economy closely even though unfortunately we don’t have control over it.

“This is why those that would be inaugurated as ministers next week must hit the ground running.

“Oil price outlook had been lowered by some experts and analysts and we should all be worried because if oil price is coming down, we should be worried about exchange rate risk,” he said.

According to a report by Reuters, Nigerian oil has suffered its slowest sales of the year in August, as US exports of competing light, sweet grades flood traditional markets in Europe and Asia.

Crude from the country has largely been pushed out of the US market in the last decade due to booming domestic output.

Both Nigeria and the US are big producers of the kind of light, sweet grades that are ideal for refining into petrol.

Though the excess of Nigerian crude has begun to clear, in part due to energy majors absorbing much of the excess into their own refining systems, the discounts sellers made to attract interest have lowered price expectations for Nigerian exports for September.

The Managing Director of the Nigerian National Petroleum Corporation (NNPC), Mele Kolo Kyari, had assured Reuters in an interview last week that buyers would not soon lose interest.

“I think the advantage we have had is the quality of our crude. We know (buyers) will come,” he said. 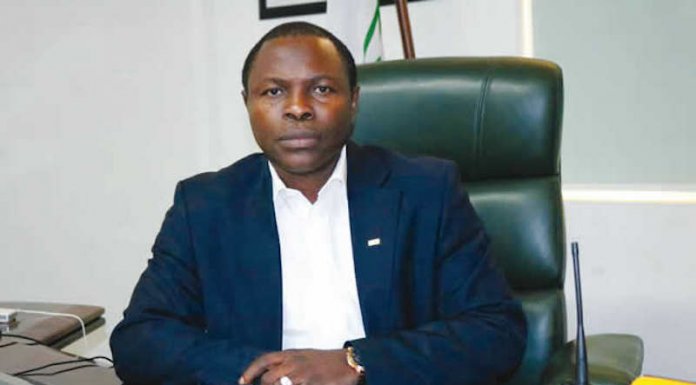