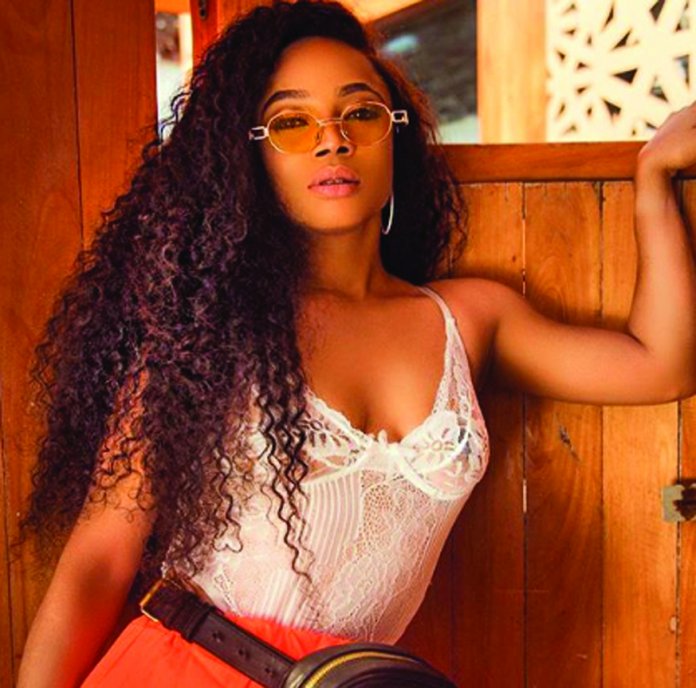 Going by her recent post, media girl Toke Makinwa may have found a suitor. She gave this hint as she made known her 35 birthday wishes, writes Ferdinand Ekechukwu

It wouldn’t have been Toke Makinwa’s wish that her marriage to ex-hubby Maje Ayida crashed irredeemably in the most scandalous manner. But it is however now her wish to walk down the aisle a second time and also make (male) babies as she turns 35 in November, barely few months from now. The controversial media girl had declared in a recent post during the week as she made known her birthday dreams.

Toke on her timeline further disclosed that she would like to go on a girls’ trip in Thailand with her girlfriends as part plans for her special day celebration. In the post, which she shared on her Instagram page, the business woman added that this would be her last year as a single lady while calling on travel agents to sponsor her intended trip to Thailand with her friends in exchange for great content.

Toke wrote. “Calling on all travel companies, let’s make magic together this November, I turn 35 and I want a solid girls’ trip to my dream destination Phuket – Thailand. I want to wake up to the sounds of the ocean, visit nearby islands, drink some rum and live it up as it’s my last year as a single girl. Ready to give marriage a second chance and of course the bambinos too. So if you’ll like to sponsor my friends and I to create the best content ever, let’s do it big in November. #TMat35 #The35Club #Lastyearsingle Tag them all.”

The post which was made a little after she posted beautiful photos of her in white lingerie which she rocked with a chic orange trouser and paired her look with a black waist bag. Going by her tone it looks like wedding bells are ringing for the fashionista sure sounds “live it up as it’s my last year as a single girl.” The question now would be who Toke would be settling down with.

The On-Air-Personality had about a year ago hankered for a man when she expressed her feelings thus. “Times like this guys, I wish I had a man to get home to. A man to kick it with, just chat about work and other times I just grab the remote control and watch TV. . . whoever I marry, you gon be proud of this baby girl, you will bless God daily for the warrior he’s blessed you with. A cornerstone, her spirit is undefeated, her soul is gold. My kids will call me blessed.”

Recall that since after her 18-month-old-marriage to Maje Ayida, the famous body fitness expert, collapsed in 2015, the OAP has been linked to a few high society men, the famous of them being Nigerian billionaire Festus Fadeyi and US based Nigerian businessman Oluseyi Kuye. Maje Ayida is the most famous of all the men that have been involved in the life of Toke Makinwa.

Maje and Toke were in an on and off relationship for over 12 years before they decided to tie the knot. One year after, a rather surprise private wedding, the union crashed. Reports of cheating were confirmed after Maje fathered a child from a mistress, Anita Solomon. This sparked off a series of events which led to the acrimonious end of the marriage. Toke Makinwa would then document the affairs of her messy marriage scandal in a tell-all book titled ‘On Becoming.’ After a year in court, the marriage was dissolved on October 5,  2017 by an Igbosere High Court in Lagos, citing Maje’s adulterous lifestyle as the major reason for the dissolution of the marriage.