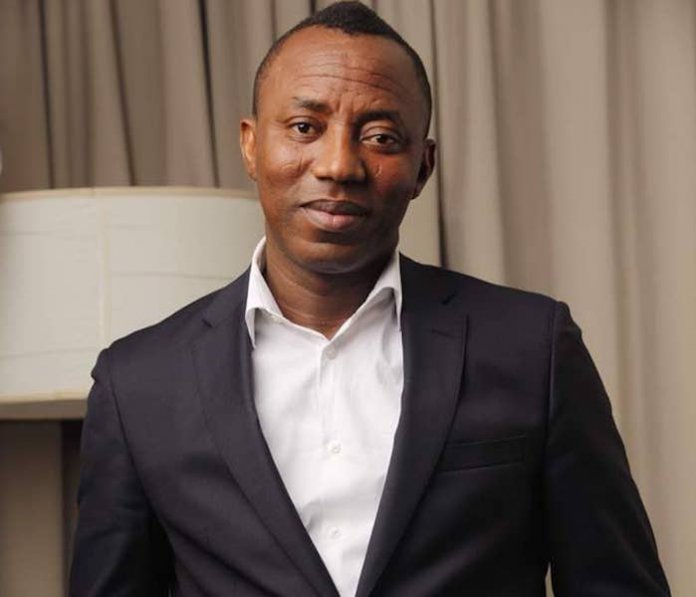 Against the backdrop of the continued detention of the Publisher of an online news medium, Sahara Reporters, Omoyele Sowore, who is also the convener of #RevolutionNow protest, the Buhari Media Organisation (BMO) has said there’s no political prisoner in Nigeria.

The Buhari supporters’ group was reacting to the statement from the National Chairman of the Peoples Democratic Party (PDP), Prince Uche Secondus, who called on President Muhammadu Buhari to release all political prisoners in the country and follow due process in prosecuting them in court of law.

BMO said in a statement signed by its Chairman, Niyi Akinsiju, and Secretary, Cassidy Madueke, that the claim exists only in the imagination of the PDP and its National Chairman, Secondus.

According to the statement, “It is laughable that the chairman of what is supposed to be Nigeria’s main opposition party could so glibly suggest that President Buhari is holding political prisoners.

“If there is any comment that can be tagged irresponsible, this is it! It shows that Secondus has little or no clue on who a political prisoner is. Or maybe he is just being mischievous, as opposition elements have been after the massive loss their presidential candidate suffered in the February 23, 2019, election.

“We are mindful of the fact that there is a handful of high profile individuals in lawful custody, but they all have cases in court that have nothing to do with their political stand, which determines whether someone is being held for purely political reasons

“We need to also inform the PDP chairman that there is an international convention that stipulates that those deprived of their personal liberty for terrorism crimes shall not be considered political prisoners, if they are being prosecuted for such crimes, according to national legislation.

“So how could the PDP national chairman on this basis accuse the Buhari administration of refusing to release those he claimed are political prisoners, when no one in lawful custody qualifies to be described as such?”

BMO also dismissed the coalition of 51 civil society organisations (CSO) which accused the government of restricting the civil space to groups on a fund raising drive.

“Just like PDP, these CSOs are just out to play to the gallery with their blanket allegations against the Buhari administration.

“Aside from name-checking of Sowore, the convener of the RevolutionNow protests, they could not come up with any other example to back up their claims that the government had been muzzling dissenting views and other grave allegations against the Buhari-led administration.

“We wonder why individuals behind the CSOs have failed to see that what Sowore did amounted to a call for an undemocratic regime change. They also pretend not to know that the security agency holding him is already in court to seek an order to detain him pending the conclusion of investigation.

“But we are aware that there is an intense competition across the world for donors, so it is not surprising that these organisations are on a drive to convince their funders to devote more money for Nigeria.

“In fact we are expecting them to ramp up their drive for funds in the coming months through various activities with which they have to prove to donor agencies that there are a lot of jobs to be done in the country.

“Our message to them and their funders is that nobody is being held for political reasons in the country and none, not even government critics, would suffer the type of fate that was visited on Nigerians in the past,” they said.

BMO also assured Nigerians that the Buhari administration is prepared to investigate cases of high-profile political executions that were abandoned by previous administrations to show its commitment to the defence of human rights in the country.