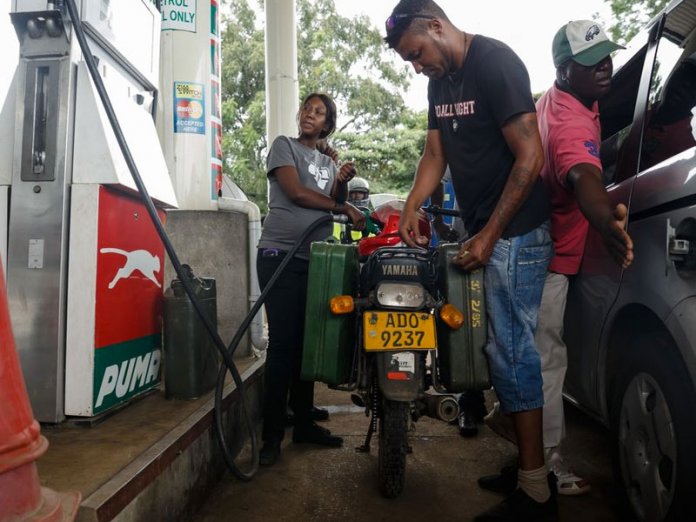 Zimbabwe has increased the price of petrol and diesel by up to 26 per cent after the finance minister raised import tax on fuel last week, adding more pressure on citizens grappling with triple-digit inflation. Prices of basic goods and services have more than doubled since June, when the government renamed the RTGS currency as the Zimbabwe dollar, which has been sliding in value amid widespread shortages, including power, fuel and U.S. dollars.

According to Reuters, the development has stirred memories among an increasingly impoverished population of economic chaos a decade ago, when rampant money-printing fuelled hyperinflation and forced the country to abandon its currency.

In a statement published on Sunday, the Zimbabwe Energy Regulatory Authority said petrol would now cost 9.01 Zimbabwe dollars from 7.55. Diesel would cost 9.06 Zimbabwe dollars, a 26 per cent increase.

Fuel prices have been increased four times since June and by more than 500 per cent this year, as the value of the local currency has slid. But fuel shortages remain, with motorists spending hours queuing at the pumps. Demand for fuel has also gone up as businesses use diesel generators due to 18-hour electricity cuts.

The government is trying to end subsidies by raising the price of fuel and electricity tariffs and put its finances on a strong footing, but that has unleashed inflation, eroding salaries and angering unions.