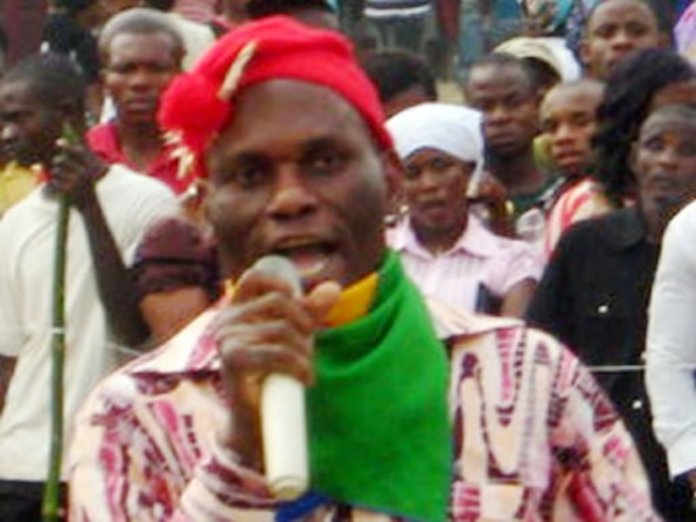 A United States-based Ogoni activist, Dr. Goodluck Diigbo, has called for a collective review of the Oil Assessment report as captured by United Nations Environment Programme (UNEP) on implementation process in Ogoniland.

The activist, who spoke at the grand finale of a peace conference organised by the OCIA also faulted the federal government on the implementation of UNEP report.

According to him, the UNEP report is still not ready for the next phase because there has been no agreement for a mandatory review in accordance with due process.

He said that due process was not followed by the Nigerian government in UNEP report implementation as it failed to interface with the Ogoni people as a politically autonomous entity.

Diigbo therefore, appealed for a constructive interface between the Nigerian government and the Ogoni nation as the people strove toward ending a situation he described as internal colonialism.

He explained that the collective will of the people as expressed in a legally accepted referendum would have been fully upheld in the clean up process and in all political administration of the area.

“The Nigerian government has yet to recognise the will and interest of elected representatives from 33 district councils, comprising over 272 village councils, living in the six kingdoms of Ogoni, namely: Babbe, Eleme, Gokana, Kenkhana, Nyokhana and Tai and two administrative units.

“This is supposed to be in accordance with the wishes of the Ogoni people contained in the Ogoni Bill of Rights of 1991; expressing the collective will of the good people of Ogoni in the referendum of 2010,” he said.

Diigbo also said that Ogoniland and it’s people should have started enjoying unreserved rights and privileges as against situation currently operational in the area.

“We are acting with legitimacy to reclaim all of our rights, without exception by this declaration of political autonomy, we, the Ogoni people are determined to enforce the United Nations Declaration on Rights of Indigenous Peoples without fear or retreat.

“After seven years, we have made considerable progress as obvious through our presence and activities at the village, districts and provincial levels.

“We are, however, poised to accelerate the process towards fulfilling the obligations we assumed within the context of our self-government declaration,” Diigbo said.

The News Agency of Nigeria (NAN) reported that equitable political administrative model, credible justice system and transparency formed major resolution reached by the 10 Provinces in Ogoniland during the peace conference.

Responding, Mr. Jonathan Keayie, the speaker, Ogoni District Central Assembly (ODCA), from B.dere community in Gokana Province said that the conference was timely as it served as a peace strategy in the area he described as volatile.