A former National Chairman of the All Progressives Congress (APC) and first civilian governor of Edo State, Chief John Odigie-Oyegun, said that the resolution of the National Assembly to the Governor of Edo State, Mr. Godwin Obaseki makes a mockery of the state’s sovereignty as enshrined in the Nigerian Constitution.

A Federal High Court sitting in Port Harcourt had on Friday ordered the Nigeria police, Department of State Services (DSS) and the National Assembly to stay away from the Edo State House of Assembly.

Speaking during a press interview at his private residence in Benin City, preparatory to his 80th birthday anniversary celebration, Odigie-Oyegun said that the resolution of the National Assembly to a sitting governor makes a mockery of a state’s sovereignty as enshrined in the Nigerian constitution.

According to him, “What is happening is a mystery to me and for funny reasons, we have been unable to get the story behind the story. All I know is that we have a government and the voice of the people says Obaseki deserves all the support that he can get.

“If anyone wants to remove him and destabilise the state, it’s wrong. The governor is delivering good governance to the people. They should wait until the party primary. I call on everyone to continue to support the governor.”

Oyegun called on all to be law-biding and allow the nation’s constitution prevail irrespective of the interests of some powerful persons in the corridors of power.

“The issue in contention is before a competent court of law. Thank God we have a constitution that binds everybody. I am amazed that the National Assembly or anybody would issue instructions to a sovereign Governor. I am shocked and amazed but I believe that in the coming weeks and months, the law will prevail,” he said.

The former governor maintained that as a governor and National Chairman of APC, he never interfered in the affairs and running of Edo State.

He noted, “I have never interfered in the running of the state but strangely same is not the case and it’s sad as people fail to realise we have two sovereignties: that of the president which reflects the nation and also the governors that reflects the state. Anyone that fights the governor undermines the sovereignty of the people of the state.” 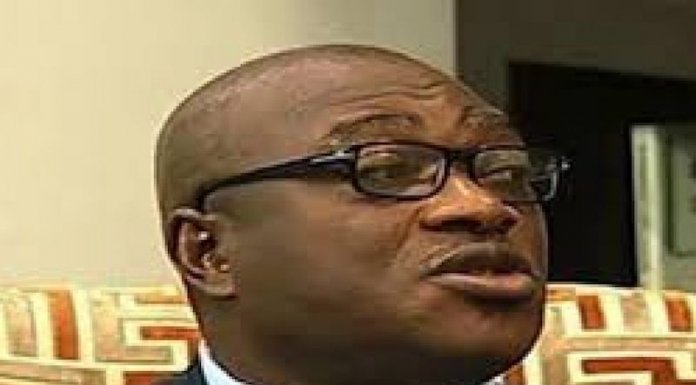