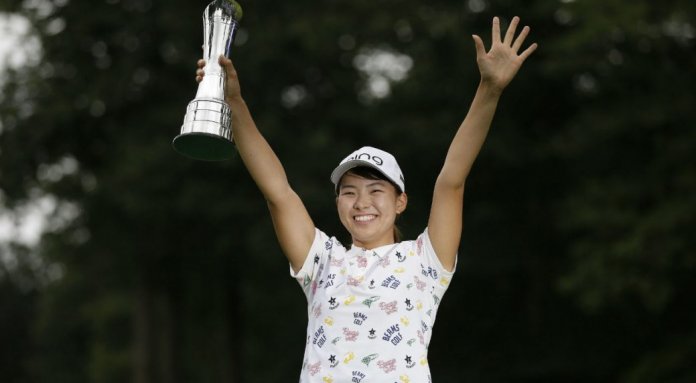 Japan’s Hinako Shibuno birdied the last hole to clinch a stunning win in the Women’s British Open at Woburn.

Shibuno, 20, led by two shots overnight but was soon caught by USA’s Lizette Salas in a thrilling final round.

Salas fired the week’s lowest round – a seven-under 65 – but Shibuno had five birdies on the back nine to win by one shot in her first major.

England’s Charley Hull and Bronte Law slipped out of contention with rounds of four and six over, respectively.

Salas finished on 17 under, and was practising putts before a potential play-off as Shibuno approached the 18th green, waving and smiling to both sides of the fairway.

And the rookie, not only playing in her first major but also appearing outside Japan for the first time, showed no signs of nerves as she struck a firm 18ft putt which hit the back of the hole and just about dropped to secure victory.

Aiming to win her third major of 2019, world number one Ko Jin-young hit a six-under 66 but that was only good enough for third place, two shots behind Shibuno, with American Morgan Pressel a shot further back.

“I still feel like I’m going to vomit,” Shibuno said moments after victory. “I was more nervous on the front nine but I was OK on the back nine. I felt like I was going to cry on the 18th but the tears didn’t come out.”

After being a relative unknown on her arrival in England last week, Shibuno has earned a host of new fans with her infectious smile, which remained even after a four-putt double-bogey on the third hole.

That allowed Salas, 30, to wipe out the advantage Shibuno claimed on Saturday and at one point there was a five-way tie for the lead during the front nine.

Salas’ strongest challenge after the turn looked set to come from Korean Ko but Shibuno regrouped to launch a late charge and reel in Salas down the back nine.

Shibuno was in second place after days one and two at Woburn but it was on Saturday, when she moved into the lead during the back nine, that people really started to take notice of the Japanese rookie and wanted to know more.

At the turn of the year she was ranked 559 in the world and shot up the rankings after two wins on the LPGA of Japan Tour, where she is known as the ‘smiling Cinderella’.

It was easy to see why as Shibuno high-fived fans and posed for selfies before, during and after her rounds. Even as the tournament reached its climax, she ate sweets and joked with her caddie up the 17th and 18th fairways.

Then there is her manager, Hiroshima Shigematsu, who ‘dresses up to make her smile’. On Saturday he wore a Samurai warrior outfit with a blue wig and a plastic sword. The wig remained on Sunday, only this time he was wearing a clown mask.

Then after clinching a popular victory at Woburn, becoming only the second Japanese player to win a major championship after Chako Higuchi at the 1977 Women’s PGA Championship, Shibuno giggled while reading a pre-prepared acceptance speech in English.

She was ranked 44 in the world on her arrival at Woburn, where she was surprised to see trees having admitted she thought it would be a Links course, but she leaves Buckinghamshire £540,000 richer with scores of new admirers. 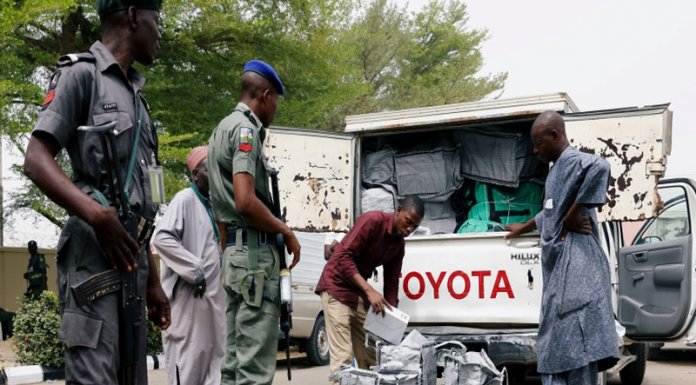