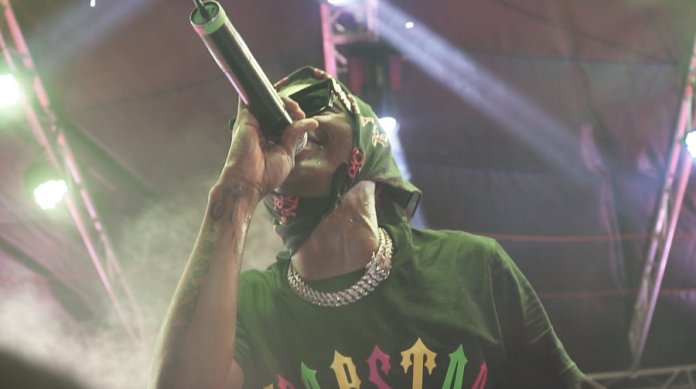 Abuja, the Federal Capital Territory (FCT) witnessed Africa’s largest entrepreneurial fair last weekend as entrepreneurship married entertainment at the UBA Marketplace organised by UBA Group, which held at the prestigious Transcorp Hilton, Abuja on the 26th and 27th of July, 2019.

The two-day event was part of the 2019 Tony Elumelu Foundation Entrepreneurship Forum and it lived up to expectation as a complete shopping and networking experience; there was a lot to shop, eat, and drink.

Day one featured several interactive sessions, an SME panel, a panel session on the business of film making with RMD and a team of speakers, movie screening (Bling Lagosians and Lion King). The high point of the day was the fashion presentations which had models from Enrole Modelling Agency hit the runway to display designs by participating designers at the UBA Marketplace.

Day two (Saturday) was an exciting one with a deluge of activities. As expected, the venue was crowded with visitors who came to experience the one of a kind shopping experience. It featured a screening of the Presidential panel live, founder’s tour of the marketplace, panel sessions and a fashion presentation. The two panel sessions of the day focused on the creative industry and had some of Nigeria’s biggest entertainment stars as panelists. The first session featured Wizkid where he was officially unveiled as a UBA brand ambassador. The other session “Booth to bank” had stars including DJ Cuppy, DJ Neptune, Phillip (Pheelz) and Mr. Francis Erebor (Head of Credits, UBA Group).

There was an entrepreneurial contest which had a startup walk away with $5000 in grants. There were lots of interactive games – most exciting was the treasure hunt – where a lucky winner got to win an all expense paid trip to Sin City, Italy as well as many other consolation prizes. One of the treasure hunt winners, Godspraise Momoh, who won a pair of headphones had this to say about the experience: “I feel delighted about winning and I want to commend UBA group on this great initiative.”

At the UBA Marketplace, there was a lot to shop, eat, and drink but certainly a lot of dancing and partying as well. As the event progressed, it climaxed into a concert headlined by Wizkid, Niniola, DJ Cuppy and DJ Neptune. An outdoor section of the venue was dedicated for the concert. The ambience was electric and the turnout was very impressive as thousands of fans spreading to every corner of the space gathered to watch their popular music stars.

DJ Cuppy set the tone for the night by doing a DJ set for about twenty minutes, dishing out popular tunes to an endearing crowd, after which DJ Neptune took the wheels of steel to get the crowd in a party mood. After a long interlude which was filled with musical performances from rising Abuja acts Odumodu Black and Psycho YP, singing sensation Niniola was introduced to an excited crowd. She performed some of her hit songs. During the energetic performance from the afro-house star which lasted for about thirty minutes, she repeatedly called members of the audience to the stage to dance to her songs to the excitement of the watching crowd.

After Niniolas thrilling performance there was another musical break. Popular hype man; Shody, entertained the audience with some popular dance moves while the anxious fans patiently waited for the final act of the night and there was frenzy when he arrived to the scene in a convoy of exotic cars, as some members of the crowd got close to his drop off point to get a glimpse of the star boy. Within a few minutes of his arrival, Wizkid graced the stage to set the crowd alive.

He didn’t disappoint, performing old and current tunes from his long list of hit songs. The frenzy that came with his arrival and introduction to the stage already set the tone for what was to come.

The crowd certainly loved every bit of it and consistently sang along with him on every song he performed. To perform his hit single “Soco”, Wizkid requested his bouncers take him into the crowd. The gesture was acknowledged by the crowd around him who screamed his name and constantly made attempts to touch the star.

To draw the curtain on a lovely weekend, Wizkid performed his latest body of work; a collaboration with Beyonce, “Brown skin girl.” To render it, he engaged the audience in a sing-along and they graciously obliged.

The UBA Marketplace experience will certainly be on the lips of Abuja residents for a very long time. Those that missed it will rue the opportunity to shop, eat and drink in an atmosphere of entertainment.