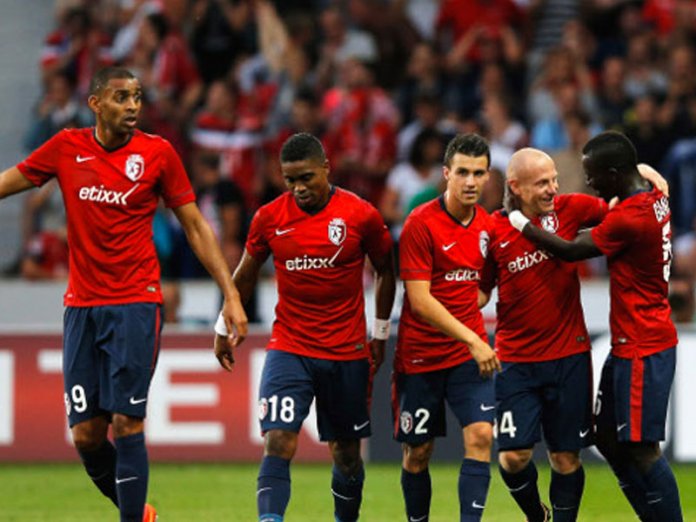 As the summer transfer market is gradually winding to the home stretch to usher in the new football season, Super Eagles bronze winning forward at the last AFCON tournament in Egypt, Victor Osimhen is the toast at Lille Olympique Sporting Club (LOSC) as they celebrate the arrival of the young lad in style.

On the club’s official website monitored by THISDAY last night, Osimhen was tagged as “the arrival of Super Eagle in LOSC!”

He’s the new offensive reinforcement for the LOSC!

The promising striker from Sporting Charleroi in the Belgian top-flight sealed a five-season contract yesterday Morning. The contract is expected to run through to 2024.

Osimhen, who was the last of the Super Eagles’ 23-man squad that coach Gernot Rohr used at the last tournament in Egypt when he replaced injured Odion Ighalo at half time, appeared on the radar of some of the biggest clubs in European leagues because of his exploits late last season.

“Osimhen first showed his skill at the U-17 Africa Cup of Nations in 2015, before moving to the U-17 World Cup, a few months later, where he became the top scorer with10 goals in seven games in a competition Nigeria won.

“A precocity that even allows him to be outclassed for the U-23 CAN he also raises in the wake, then to be elected the best young African player of the year 2018 by the Confederation of African Football,” the club website stated while profiling their new kid on the starting bloc.

The 20-year-old sealed the five-year deal with the Ligue 1 side on Thursday after a successful medical.

After scoring 20 times in Belgium last season, Osimhen is delighted to follow in the footsteps of compatriots Peter Osaze Odemwingie and Vincent Enyeama by joining Lille.

“Lille is a very good club that has a quality project and includes high-class players, even more in recent years,” stressed Osimhen on the club website.

“Great Nigerian players have also played here. I would like to join their lineage and follow their footsteps.

“I am very happy to be here and to join this great club. I am still young, I am learning and I think that this project suits me perfectly to continue to progress.”

He has played for Nigeria at all levels, from under-17 to the full senior side, for whom he has won five caps.

Six to Die by Hanging in Ekiti for Murder