Revelations emerged yesterday at the Presidential Election Petition Tribunal (PEPT) as witnesses called by President Muhammadu Buhari in defence of his victory made startling disclosures on the controversial issue of his academic qualification to contest the February 23 presidential election.

The first revelation yesterday was made by one of Buhari’s witnesses, Maj. Gen. Paul Tarfa (rtd), who claimed to have been enlisted in the Nigerian Army with the president on April 16, 1962.
He listed some of their colleagues to include Brigadier Ola Oni, Major General Duro Ajayi, Major General Shehu Yar’Adua and Brig. Gen. Abdullahi Saleh.

However, under cross-examination, Tarfa told the tribunal that the Nigerian Army never asked Buhari and others, including himself, to surrender their certificates in 1962.
He made the revelation during cross-examination by counsel to the Independent National Electoral Commission (INEC), Yunus Usman (SAN).
Usman had asked: “When you were enlisted into the army in 1962, you were asked to submit your certificate to the Nigerian Army?”

Responding, Tarfa said: “There was nothing of such.”
Under cross-examination by the petitioners, the Peoples Democratic Party (PDP) and its presidential candidate, Alhaji Atiku Abubakar’s lead counsel, Dr. Levy Uzoukwu (SAN), the first defence witness said that Buhari, being the Commander-in-Chief of the Armed Forces of the Federal Republic of Nigeria, had all military formations under him.
Another witness and current Chief of Staff to the president, Alhaji Abba Kyari, who claimed to have known Buhari for nearly 40 years, told the tribunal that the president possessed requisite qualification to contest the February 23 presidential election.

According to him, Buhari has credit in five subjects, including English Language, in his West African School Certificate Examination (WASCE), conducted by the Cambridge University.
But under cross-examination by Uzoukwu, Kyari told the tribunal that he personally received and signed for Buhari’s Cambridge University WASC Certificate on July 18, 2019.
The witness said Buhari, in his curriculum vitae (CV), listed the schools he attended but did not include any of the certificates obtained.

He admitted not being Buhari’s classmate at any time and never a member of the army, adding that he was not in possession of any of Buhari’s certificates.
Further cross-examined by Atiku’s counsel, Kyari admitted that the diploma certificate in Strategic Studies he claimed Buhari possessed in his witness’ statement was not listed in Buhari’s CV.
While he told the tribunal that Atiku was a Cameroonian by birth, he, however, said he never knew nor met Atiku’s father and grandfather.

Another witness, Sule Mai’Adua, a retired civil servant, said he attended the same secondary school with Buhari and that he took photographs with him while they were in class six.
He also told the tribunal that he wrote WASC examination in 1961 with Buhari and that Buhari has two certificates.
When asked to read the army’s statement that Buhari’s certificate was not in his personal file with the military, the witness said he was never in the army and did not know the position of the army, but insisted that Buhari has two certificates.

Earlier, Buhari through his lead counsel, Chief Wole Olanipekun (SAN), had tendered series of documents, including newspaper publications, receipts and certified true copies of WASC certificate, confidential result sheet from Provincial Secondary School and a copy of Buhari’s CV duly signed by him as exhibits.
Although, both INEC and All Progressives Congress (APC) did not object to the admissibility of the documents, Atiku and PDP registered their opposition to the admissibility of the documents and reserved reasons to the objection till the final address stage.

According to them, the documents were not pleaded and listed as documents to be tendered, adding that it is shocking to know that the documents were only filed yesterday.
Atiku and PDP, in their petition, are challenging the eligibility of Buhari for the 2019 presidential election on grounds of non-possession of requisite academic qualification, election malpractices among others. 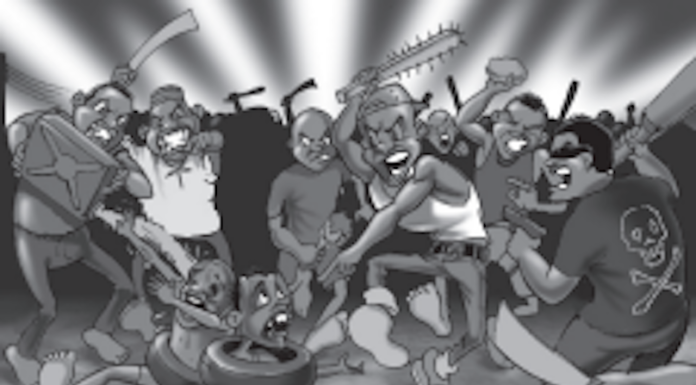