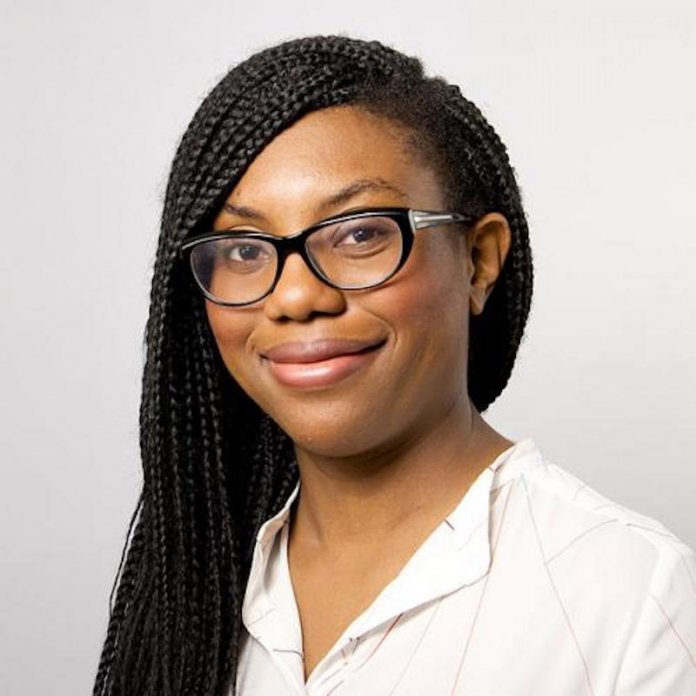 A Nigerian, Kemi Badenoch, has been appointed as United Kingdom’s Parliamentary Under Secretary of State for Children and Familiesat the Department for Education. Olukemi Olufunto Badenoch (née Adegoke) was born in January 1980 in Wimbledon, London to parents of Nigerian origin.

She spent her childhood in Lagos, Nigeria and the United States before moving to the United Kingdom at the age of sixteen.

Badenoch studied Computer Systems Engineering at the University of Sussex, before she worked as a software engineer at Logica.

She equally went on to work at RBS as a systems analyst before working as an associate director at Coutts and later as a director at The Spectator magazine.

Badenoch joined the Conservative Party in 2005 at the age of 25, while in 2010 she contested the Dulwich and West Norwood constituency against Labour’s Tessa Jowell and came third behind Jowell, and Jonathan Mitchell of the Liberal Democrat candidate.

She went on to retain her seat in the Assembly in the 2016 election. Badenoch supported Brexit in the 2016 European Union membership referendum.

She had also made the shortlist to be the Conservative Party candidate in the Hampstead and Kilburn constituency. In her maiden speech on the 19 July, she described the vote for Brexit as “the greatest ever vote of confidence in the project of the United Kingdom” and cited her personal heroes as the Conservative politicians Winston Churchill, Airey Neave, and Margaret Thatcher.

In the same month, Badenoch was selected to join the 1922 Executive Committee, and in September, she was appointed to the parliamentary Justice Select Committee.

The following month, Badenoch was listed at Number 96 on Conservative political commentator Iain Dale’s “100 most influential on the Right 2017”.

She was appointed as the Conservative Party’s Vice Chair for Candidates in January 2018.

In July 2019, Badenoch was appointed as Parliamentary Under Secretary of State for Children and Families by Prime Minister Boris Johnson.