President Muhammadu Buhari will today open his defence in the petition filed by the candidate of the Peoples Democratic Party (PDP), Atiku Abubakar and his party against the president’s victory at the February 23 presidential election.

This is coming as the Independent National Electoral Commission (INEC), in a dramatic twist, yesterday declined to call any witness in defence of the conduct of the presidential poll that returned Buhari for a second term in office.

The commission said it would not be necessary for it to call witnesses on the grounds that the evidence extracted from the petitioners’ witnesses during cross-examination supported the commission’s case.

Atiku has also called for the implementation of the Justice Mohammed Uwais National Electoral Reform Committees (NERC), stating that it is the only way for credible elections in Nigeria.

INEC had on February 28 announced Buhari as the winner of the poll, having scored majority of the votes cast in the election.

Atiku and his party alleging widespread rigging, violence and substantial non-compliance with the electoral guidelines have dragged the electoral umpire, Buhari and his party, the All Progressives Congress (APC), before the Presidential Election Petition Tribunal, seeking the nullification of the February 23 poll on the grounds of alleged abnormalities that marred the poll.

Atiku and PDP had on July 19 closed their case after they called in 62 witnesses and tendered over 50,000 documentary and video evidence to substantiate their claims that the election was rigged in favour of the president and the APC.

The tribunal had adjourned till July 29 for INEC to open its defence on the allegations made by Atiku and PDP against the conduct of the presidential election.

But in a dramatic twist, INEC yesterday declined to call any witness.
INEC, Buhari and APC, according to the schedule of the tribunal, had six days each to call in their witnesses as well as tender documents if any, in defence of the allegations made by Atiku and the PDP against the emergence of Buhari as the winner of the presidential election.

When the matter was called yesterday, INEC through its lead counsel, Yunus Usman (SAN), stunned the tribunal headed by Justice Mohammed Garba, when it said it would not be calling on any witness to defend the conduct of the February 23 poll.

INEC said that it would rather use the tribunal’s proceedings for its defence, saying part of the evidence adduced by Atiku and PDP will be used to make its case.

“INEC has painstakingly studied the petitioners case and do not see the need to waste the court’s precious time in repeating what their own witnesses have admitted under cross-examination.

“My lords, we do not see the need to waste your lordship’s precious time by repeating what their witnesses have repeated under cross-examination.
“In that circumstance, we will not call any witness to help them prove their case.

“We, therefore, rely on the evidence of their witness under cross-examination,” he said.
Following INEC’s decision not to call witnesses, Buhari’s lead lawyer, Wole Olanipekun (SAN), informed the tribunal that they are prepared to go on with their own case if given the go-ahead.

“In view of the development we will be asking that we be allowed to kick-start our response to the petition by calling our witnesses from 2p.m. tomorrow (today)”, Olanipekun said.

He also gave the assurance that once the second respondent commences its defence, he would not ask for any adjustments.
Subsequently, Justice Garba adjourned till today for Buhari to open his defence.
Meanwhile, the tribunal has altered the schedule of proceedings in the hearing of the petition.

Meanwhile, Atiku has called for the implementation of the Uwais National Electoral Reform Committee (NERC), stating that it is the only way for credible elections in Nigeria.
Atiku also called for the creation of an election crimes commission to try all election offences.

In a statement yesterday and titled, “Towards Credible Elections: The Role of the Judiciary, which he personally signed, Atiku said: “one way of addressing these lapses is to implement the salient recommendations of the National Electoral Reform Committee (NERC) headed by former Chief Justice of the Federation, Justice Mohammed Lawal Uwais.
“The second, is the creation of Electoral Crimes Commission.”

According to the former vice president, “One of such recommendations, which will enhance the independence of the supposedly Independent National Electoral Commission (INEC), is the recommendation that the power to appoint the chairman and board of the INEC be taken away from the president and given to the judiciary.

“Obviously, the 2019 elections were several steps down from the 2015 elections in terms of credibility, and as a democrat, I am challenging that election in the right arena, the courts. However, leadership does not just entail getting justice for the past. A real leader knows that in terms of justice, prevention is better than cure.

“I have been pondering on the question, how can Nigeria have credible elections. Our electoral system needs not just to be brought up to date, by the acceptance of the amendments to the Electoral Act passed by the eight National Assembly, we also need to be up to tomorrow, by taking steps today to ensure that the lapses that made it possible for the 2019 elections to be manipulated or rigged are addressed.”

Atiku said of the three arms of government, the judiciary was the least affected by elections; therefore, it would have the highest objectivity in matters relating to the INEC.
“It is therefore in the best position of the three arms, to appoint a chairman and board members for the electoral body that are impartial, competent and patriotic.

“This recommendation may seem like a small change, but my experience in life has taught me never to underestimate the big difference small changes can make.

“Nigeria today faces a lot of challenges, chief of which are security and economic revival. To effectively tackle these problems, a government must have an honest and indisputable mandate.

“Where you have an administration whose mandate is considered tainted, such a government will lack sufficient moral authority to tackle the myriad of problems this great nation currently faces,” Atiku stated. 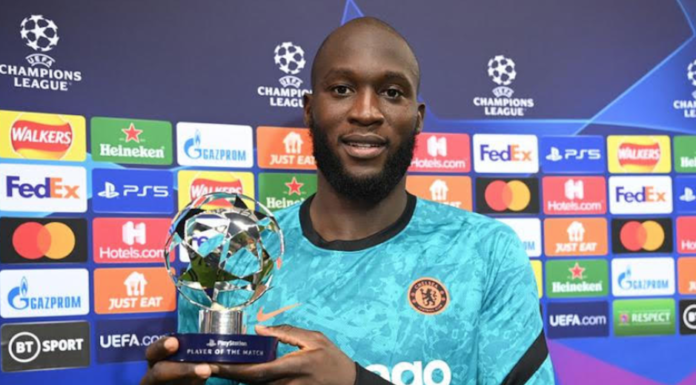