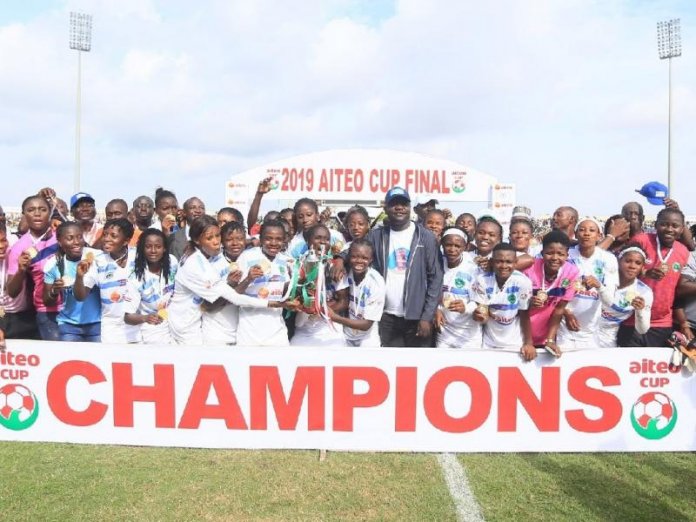 Hard-working Ayo Adetola missed his decisive kick in the sudden death to leave supporters of the Minna team in total despair.

The victory was a sweet one for Pillars who lost last year’s final to Enugu Rangers in a bizarre manner after leading 3-0 at the Stephen Keshi Stadium in Asaba.

Without doubt, Kano Pillars dominated play but poor finishing and unyielding Niger Tornadoes defence ensured that the game would be decided in shoot out.

However, credit must be given to goalkeeper and Captain of Tornadoes, Mustapha Aliko, for his many saves that ensured no goals were scored after 90 minutes of action.

Coach Ibrahim Musa opted for the duo of Nwangua Nyima and David Odenigbo to lead Kano Pillars’ attack, while Rabiu Alli dictated proceedings from the middle of the pack as usual.

Tornadoes Coach Bala Abubakar on the other hand kept faith in Ahamdu Liman and Isamiala Sarki to lead the Ikon Allah Boys’ quest for goals.

There was very little to report in terms of clear-cut chances in the first half, though Tornadoes seized the initiative in latter stages of the first 45 minutes as they mounted pressure on the Pillars’ defence.

With the first half ending in a barren draw, there was some level of urgency at the start of the second half.

Pillars almost got the opener four minutes into the second half, but the free kick taken by Captain Alli dropped on the roof of the Tornadoes goal.

While Pillars are to represent Nigeria in the CAF Champions League, the

Nasarawa Amazons claimed the title for the second time following their triumph in 2005, while Rivers Angels, eight-time record title winners, lost at the final for the first time.