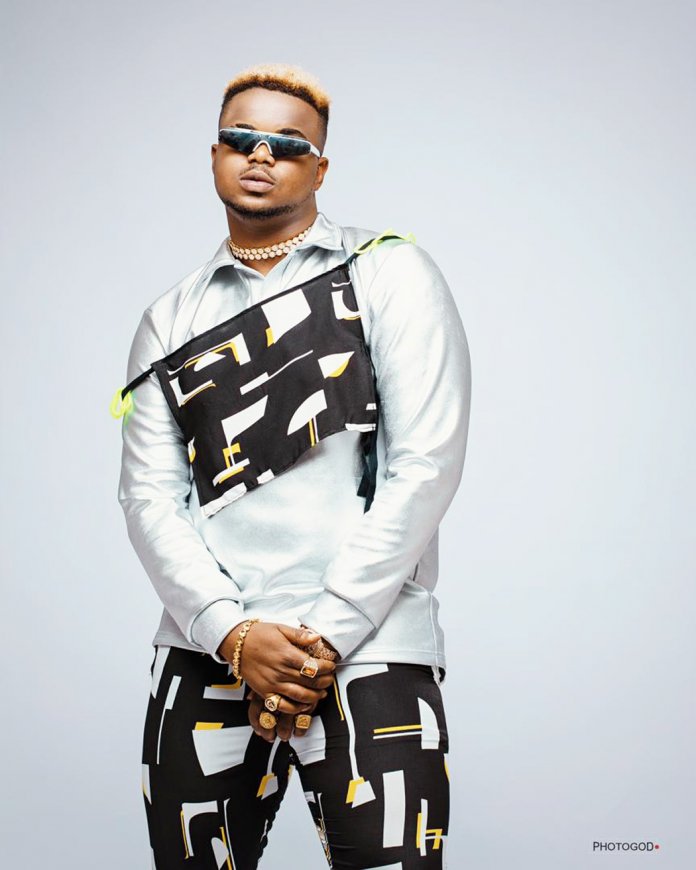 Chisom Ezeh, popularly known as Rexxie, is the arrowhead of a new wave of sound known as Zanku Music. The Anambra State born music producer and multi-talented artiste is a frequent collaborator with Zlatan Ibile, Naira Marley, Lil Kesh and a host of others. Together, they have made some of the biggest songs on the music scene. He shares with Tosin Clegg how it all started, the journey in music, growing up, working with the wave-making acts at the moment and much more

Growing up in Lagos helped me a lot…

I  was raised in Lagos and Abuja. We are three children from my parents and I am the first. I studied Compter Science at Tai Solarin University of Education.  Growing up in Lagos helped me to get accustomed to Yoruba tradition. My childhood was spent in Akoka and Shomolu, Lagos. I did not think of music as at then. I moved to Abuja for my secondary school education. It was in Abuja that I would say music first met me. After that, I returned to Lagos and that was when music started for me. I worked with different upcoming artistes.

I was part of the school band at Government Secondary School

Music started in school, although I had been playing the keyboard in church. I was part of the school band at Government Secondary School, Garki. I was actually the Music Prefect. This was in 2010. We usually do covers of trending songs and perform at the school assembly before the whole school. I became more curious to know how the popular songs were made and that inspired me to go into music production. I learnt on my own, I was self-taught.

I am the originator of the Zanku Sound

Let me go back a little bit. Before we started the movement, I had a terrible accident in March last year that almost claimed my life. It made me almost quit music. It was a tough period and turning point in my life. At that time, I had been experimenting on a new bounce and I didn’t know what to call it. I was always praying to meet CDQ and play the beat for him. I was not able to make the connection. Fortunately, I happened to meet Zlatan in the studio and it was like a new sound meeting the right artiste. The title of the song was Jogo featuring Lil Kesh and Naira Marley. In the lyrics, Zlatan sang a line that said, ‘Zlatan, abeg no kill us’ which has the acronym Z-A-N-K-U. He had this unique dance style that he did any time the song came on and people started to dance to it too.

Turning point in my music career

Jogo went a long way. It was recorded in a hotel. I also met Lyta, former artiste with Olamide’s YBNL and we recorded his second single, Self-Made. Luckily, Olamide heard it and called to invite me to record some songs with him. While we were trying to record Jogo, I played a couple of beats for Naira Marley and Lil Kesh. We recorded a couple of songs that are everywhere now. I did three hit songs such as Jakpa for Naira Marley, Again O for Lil Kesh and Illuminati by Zlatan, featuring Naira Marley. That night was magical, several hit music were born in one sitting.

For me, what I would call the biggest turning point for me was the recording of Able God, featuring Chinko Ekun, Zlatan and Lil Kesh. It was just the right time and everything was happening in my life very fast. Mind you, I was doing all this recording while I was healing. I was still walking around with bandage on my body.

After the accident I was almost going to quit

It was a low point in my life. Actually, it happened when I was returning to Lagos from Ilorin. It occurred around Epe. The car summersaulted like seven times. It is still a miracle that I walked out alive from the wreckage. I had a serious injury on my left hand. I would say that Able God announced me and people came to identify me with that sound that we called Zanku. We uploaded the dance on social media and the song just went viral.

I don’t send beats to artistes. I like to be in the room with the artiste to do the music live. I like to flow with the artiste and feed on the artiste’s energy and vibe. I can’t work if I don’t get the vibe from the artiste. It is all about creativity. This is why I am always selective of the people that I work with. It is collaborative work. This is why I hardly work with certain people. I am not the type of producer an artiste will send voice note to on WhatsApp. We have to create it together.

One thing about this life is that, once you are known for something, you establish your niche. This means that whoever is coming to record with you knows what to expect. However, this does not mean that I do not do other styles of music. I have made hip hop songs for Chinko Ekun and Reminisce. I made high-life music titled Flenjor for Lil Kesh, featuring Duncan Mighty. It was quite a hit. Don’t forget that Lil Kesh’s Self-Made is high-life Jam.

My special connection with Zlatan

As I said, I like to work physically with an artiste in the studio and Zlatan is that kind of spontaneous artiste. He is the type of artiste that if you send him beat, he hardly records it. He is the live recording type as well. The way he loves to record is the way I also like to produce. He writes his lines on the spot. That is chemistry. Another person who I achieve that kind of chemistry with is Naira Marley. He is a very creative artiste. I like artistes that think on their feet.