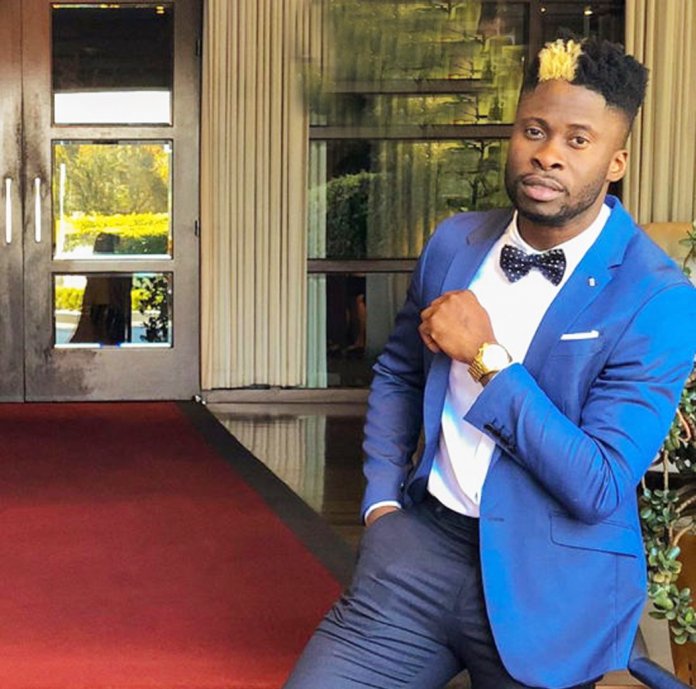 Ebianga Ikpeme (DJ Ecool) is the official Disc Jockey of Davido Music Worldwide boss, David Adeleke aka Davido. Ecool is also a music producer, dancer, show host and recording artiste. The multi-talented entertainer in this chat shared his experience meeting and working with Davido, his international status, his new single and journey into music and more with

What has been happening with you recently?

I dropped a single featuring Perruzi and David (Davido) after the first one with Davido. This was in November last year. There was a video too. It did fairly okay to me but not as good as the very first song.

What influenced the concept of your new single?

Not to shame anybody, the industry in Nigerian doesn’t necessary respect a DJ pricing as much. I give example. As big as I am and how I command same crowd, you pay an artiste more money than pay me a DJ. Though I could bring to the table more than what this artiste may bring. But for whatever reason, the artiste is more valuable than the DJ; I don’t know why. So as I establish other sides of my brand, like the dancing, I have decided that ‘okay why not establish this part since I already have major base so what’s holding you back u can try’.

Tell us the story behind the song and are you working on an album what should we be expecting from you?

Dependent on how this single does.

Let’s first start with the story behind the single…

‘Personally’ (the title of the single), honestly I take it very personal. I had to reach out to Peter (P-square). There’s a song I was supposed to do initially with David but I wanted to establish my brand first. So, since I’m going to sing on this one, why not just do it by myself. I told Peter everything. He was like ‘yeah cool’. I wasn’t sure if he wanted me to do anything else about it but it was buried finally and ‘Personally’ came. I heard the beat and I fell in love with it. I had to make sure everything was on point.

How did music start for you?

My family is musically inclined. I got introduced to music while I was in London in 2006. Because my uncle does shows and he brings artistes like normal promoters. Then he was doing DruHill and everyone who was popping around that era. Imagine me small and DruHill was big then. I went to the show with my uncle; I lost my mind (literarily) like ‘what’s going on’. I was already dancing at that point. I just had dreams of making sure I was going to get on stage somehow, one day, some place and I told my uncle. He had a studio as well. And that was it from there. I started by actually producing first and then dancing. Years after, I picked up deejaying.

When you started, deejaying was not so lucrative in this side of the world. And I’m sure if you were in London schooling …

It was after schooling that I went to London, 2004. I finished school in 2003. So I went there I was supposed to live in London but the story changed. I went to visit my aunt in New York and never came back to London. I didn’t return and I was trying to live in New York, then, I went to visit my aunty in Atlanta. I didn’t return to New York again. But it was deejaying that was really up for me at that point. I was negotiating deals and making it look like I was already bigger than I was because I could do graphics, which is the branding aspect and that made me make money earlier.

So are you saying you had no struggles like doors were not shut at your face and the likes? Share some of the struggles, especially being a DJ outside Nigeria?

It wasn’t easy but I just had a way around it in Atlanta. It wasn’t handed over to me because there was a lack of great DJs in Atlanta at that point. The market was almost opened and the guy who was deejaying mostly in Atlanta then, DJ Minnie, decided to go back to school. So, there was an opening for me when I found out there was an opening, I withdrew from school. I took a major risk because I was writing an exam… I was studying Electrical Engineering. I had a year and half to graduate. I was a Math tutor in school. I was tutoring Calculus 1, Calculus 2, and Differential Equation. I was brainy. Imagine me dropping all that excitement. My mum was looking at me like ‘are you alright?’ She was looking at me crazily like ‘this is not what I called you for. I’m a pastor in church; how can I tell them that my son is in the night club; it doesn’t make any sense for me.’ From down to a year into deejaying, I started making a living off it. I started giving my mum money and she was confused like ‘this same DJ and you don’t want to DJ for God.’

Did you find time to go back to school?

No, but I started taking online classes but that still did not work.

But if you were doing that well in Atlanta why did you come back?

The money I’m making now versus the one I was making then is bigger. So as a celebrity DJ, the price has gone up; so many things have happened, it wasn’t going to pay enough. I was the biggest international DJ in Atlanta and then everyone was coming to meet me; it doesn’t make any sense. I felt like I had to go somewhere else having done all the top clubs in Atlanta.

So what’s next? That’s what I was asking myself. Behold, I said if in one year, this next didn’t happen, I will go back to school. At that time, I was free styling in some gigs with Davido. That’s how I was coming for David and he was like ‘damn omo how far nah make we run this’. But he didn’t say at that particular point but it kept happening over and over. Because I was already established as a DJ, there are certain decisions I made that he liked. The following year, he called me for one tour. I did the tour with him. He messaged me after on snapchat saying ‘I want you to be my DJ.’ So that’s how it happened.