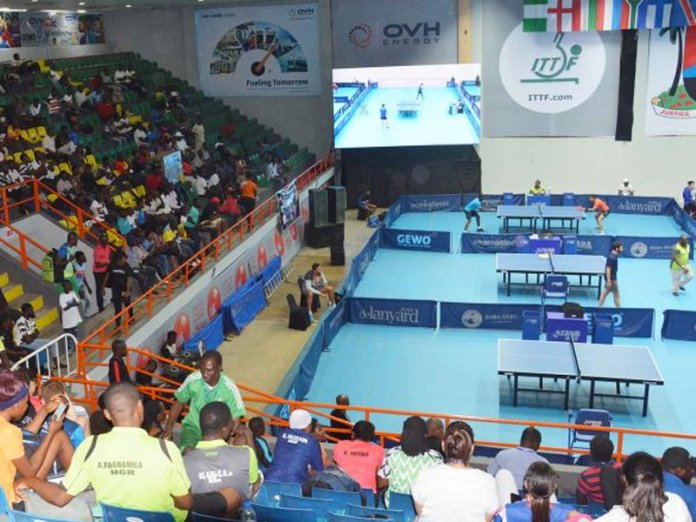 African cadet champion, Taiwo Mati is the surprise inclusion in Team Nigeria for the 2019 ITTF Africa Cup which serves off on August 3 through August 5 at the Molade Okoya-Thomas Hall of Teslim Balogun Stadium in Lagos.

Mati, who also emerged as the best male player at the All Africa Games trials was at the weekend crowned the national U-21 champion, will be making his senior international debut at the continental showpiece which is the qualifying tournament for the 2019 ITTF World Cups.

The five-man team will be led by African champion Aruna Quadri while others are Bode Abiodun, Segun Toriola and Olajide Omotayo.

According to the Nigeria Table Tennis Federation (NTTF), the inclusion of Mati in the team became necessary in order to expose the youngster to international competition tournament at senior level.

The Ondo State-born southpaw believes he has the capacity to step into the shoes of Aruna Quadri, whom he described as a role model to young players in the country.

Quadri as the defending champion of the ITTF Africa Cup will be aiming to retain his title amidst the array of stars coming to Lagos for the three-day tournament. Nigeria as host is expected to present four male and four female players while other participating nations will registered two male and two male for the tournament.

Winners in the men and women singles event will represent Africa at the ITTF Men and Women World Cups in China later in the year.

For the female team, Edem Offiong who is the highest ranked Nigeria in the world will lead the team. Others are Germany-based Olufunke Oshonaike, Ajoke Ojomu while national female champion, Fatimo Bello completed the four-man list for women.

IG Vows to Bring Killers of UNIBEN Student to Book