Afenifere, pan-Yoruba socio-political organisation, Wednesday directed all killer Fulani herdsmen to quit all South-west states, noting that refusal to comply with the directive within a reasonable timeframe might lead to confrontation.

The organisation justified its directive on the account of nefarious activities of the Fulani herdsmen in the region in particular and Nigeria in general, claiming that at least 30,000 had been killed due to their activities between 2015 and 2019.

An Afenifere leader, Chief Ayo Adebanjo, gave the directive at a news conference he addressed at the Airport Hotel, Ikeja Wednesday, noting that the directive became imperative due to the recent killing of Mrs Olufunke Olakunrin, the daughter of Afenifere Leader, Pa Rueben Fasoranti.

In the text of his address titled “Killing of Mrs Olufunke Olakunrin (Née Fasoranti): Our Stand,” Adebanjo warned the National Assembly “not to amend the Land Use Act with the intent to change the predominance of land allocation in states to the federal government to allow RUGA’s implementation.

“We demand their immediate exit from Yoruba land. If they refused to leave in reasonable time, we will not stop our people from confronting them.

“Yoruba land has now become the epicenter of the terror of these Fulani marauders and our people are fed up with the shedding of innocent blood that is quite anathema to our respect for human life which would see us remembering those who died peacefully 50 years down the line.”

Adebanjo lamented that the mass killings in the country, which had been linked to Fulani herdsmen, had been troubling for the country, noting that instead of enforcing the laws against the Fulani marauders-foreign or local, the federal government had been giving all manners of excuses.

He, therefore, expressed disappointment with the refusal of the federal government to allow elected governors have state police, while on the other hand permitting the setting up Fulani bandit -vigilantes on Yoruba soil in addition to the Fulani militias terrorising the same land.

He said: “We are miffed that those who will not allow our elected governors have police are now setting up Fulani bandit -vigilantes on our soil in addition to the Fulani militias terrorizing our land.”

He, also, warned that the call for the amendment of the Land Use Act which put all lands under governors by the Senate President had confirmed the alarm raised by Southern and Middle Belt Leaders that the project was suspended to amend the Land Use Act so the federal government could directly allocate land for the project

Adebanjo recalled a statement by Senior Special Assistant to the President, Mallam Garba Shehu, that the federal government had gazetted lands all over Nigeria for Ruga before they realised they had taken their illegality too far.

On this note, the Afenifere leader restated the group’s call on the National Assembly lawmakers “to resist any tinkering with the Land Use Act in order not to further encourage the killer herders in their dastardly act.”

He, therefore, claimed that about 30,000 people “have been killed by the Fulani herdsmen/militia across the country between 2015 and 2019. Apart from not bringing them to book, the administration of President Muhammadu Buhari has taken so many steps which betray the encouragement being given to these troublers of Nigeria.”

Adebanjo condemned Olakunrin’s killing by suspected herdsmen, noting that her death dealt a devastating blow to the Yoruba nation, just as he called on the government to find her real killers and not the innocent people that the communities around where she was killed.

He said the killing followed “an established pattern of raping, kidnapping and killing in a coordinated and apparently state-ignored attempt to create fear through insecurity across Nigeria.

“We cannot continue to live under these conditions. The blood of our people will no longer be used to water the tree of a dysfunctional unitary order,” Adebanjo said.

The Afenifere leader called “for an immediate timeline for a return to a federalist Nigeria that would allow for autonomy for each state to run its internal affairs.

“The activities of Fulani herdsmen/bandits/kidnappers and other miscreants would have been effectively dealt with if the governors as Chief Security officers of their states had control of the security agencies.

“The current proposed security budget for 2019 is N1.76 trillion. A devolved entity would have enabled better utilization of part of that expenditure; particularly in the over N300b for policing which is further subsidised by the state governments additional allocations and over N600b intended for internal affairs.

“The past few years have been troubling for our country as we have witnessed mass killings of people in the country, most of which have been linked to Fulani herdsmen/militia and the Nigerian state has not been able to dispel the allegations by unraveling the brains behind the killings and applying the law against them.

“We demand an immediate timeline for a return to a federalist Nigeria so that we can have autonomy to run our internal affairs and failure to do so will constrain our capacity to continue to restrain our people from embracing self-determination.”

“We task the government to find the real killers of Olakunrin and not the innocent people that the communities around where she was killed have alleged are being randomly arrested and put an end to the genocide in our zone and across the country,” the Afenifere chieftain said.

“The federal government has been careless and insensitive in the handling the menace of Fulani herdsmen in the country. First, it was outright denial it was engaged in by saying those carrying AK 47 about and killing people were foreign Fulani. The President specifically said they were Gaddafi men let loose from Libya and yet they were not arresting them.

“Next they moved to accuse people of spreading hate speech against the local Fulani. It got to a ridiculous stage that when Miyetti Allah is accused of any crime it is either the Ministry of Information or Presidential spokespersons becoming the mouthpiece of the group.

“It is now clear we Yoruba have had enough-as the Ooni of Ife, Alaafin of Oyo and Prof Wole Soyinka and other Yoruba patriots have warned,

“We sound it very loud and clearly that corporate Yoruba have never questioned the continued existence of Nigeria and we hope no one pushes us to that,” he added. 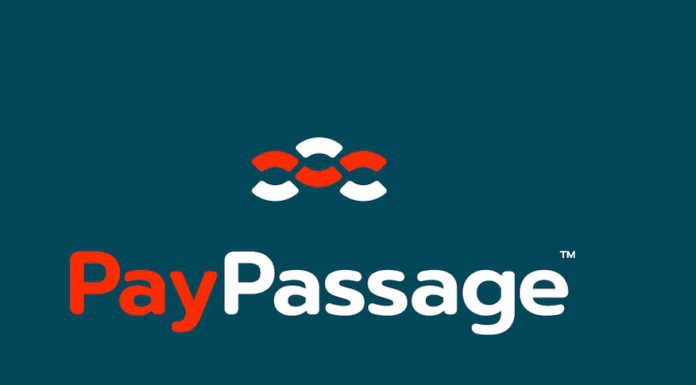