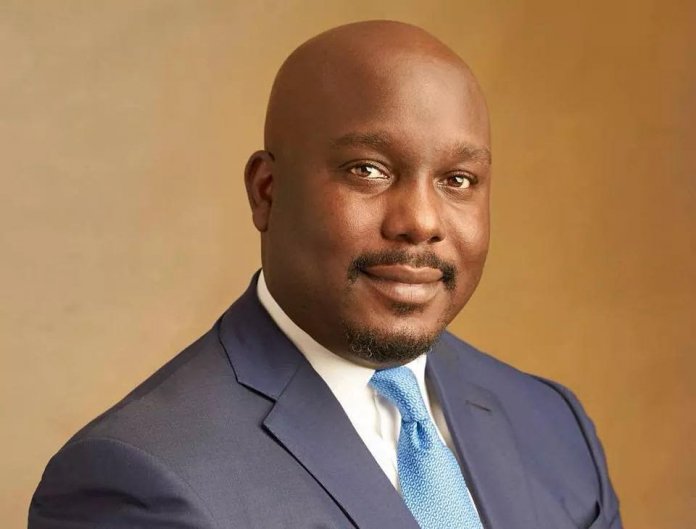 Emmanuel Addeh in Yenagoa
A governorship aspirant in the  November 16 governorship election in Bayelsa state, Mr Keniebi Okoko, has vowed to tackle large scale poverty through massive industrialisation when elected.
Okoko, who spoke after the submission of his Peoples Democratic Party (PDP) governorship nomination forms, said growing unemployment had negatively impacted on security and pushed  productive youths into desperation.
The Harvard-trained businessman and philanthropist, said he remains the best man for the job, given his extensive experience in business and exposure as to how things run in developed countries.
“I believe the time to emancipate our people from this huge poverty is now. That’s why I christened my campaign team, Redemption 2019. The time has come for us to decide for our children’s children.
“The time has come for Bayelsans to take a decision  that will make or mar the future of our children’s children. Bayelsans should look at me and x-ray me.  With all humility I was the single largest donor to the flood victims during the flood disasters.
” I do this because I have empathy and sympathy for them. I am not coming to destroy. I’m coming to build. Bayelsans should give me the opportunity to give them the Bayelsa they crave for” he said.
Okoko, who hails from Gbarain in Yenagoa, capital of the state, promised to build on the foundation laid by Governor Seriake Dickson in several sectors of the state, especially in education.
He added: “We should think of the future of the Ijaw people first because one day people will ask questions. There comes a time in a man’s life when you must stand up for something.
” There comes a time in a man’s life when you cannot be bought. There comes a time in a man’s life when you say enough is enough! When you get to that point, you know that you’re thinking of your people. I stand to say enough is enough! “
Decrying that lots of youths in his age grade were still unemployed with no means of survival and no hope for the future, Okoko, noted that he will bring the same passion he had carried out his philanthropic work to bear as governor.
“There’s some level of poverty in my state if we have to tell ourselves the truth. But we cannot blame the government alone. We too, the private sector, those of us that have been successful, are also to blame. So it’s a collective effort” he stressed.
He commended past and present governors of the state for doing their best to move the state forward but emphasised that a lot more needed to be done to put the state on the fast lane of development.
“I commend the past PDP governors for all they have done and I want them to look into the future of the state. It’s only one Bayelsa we have. We can’t kill ourselves because of power,” he said.
He pledged to ensure that the level of security in the state is enhanced by taking jobless youths off the streets.