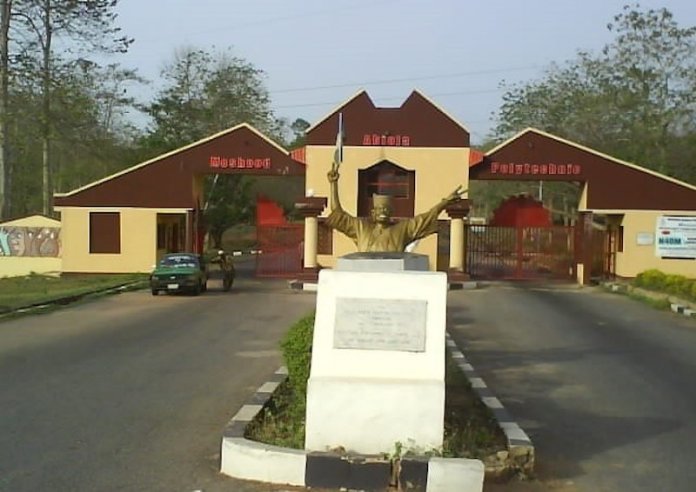 The Ogun State Government has clarified that it had no ethnic agenda in its decision to set up a committee to look into the operational modalities of Moshood Abiola University of Science and Technology, Abeokuta and Ogun State Polytechnic, Ipokia, which were established by the immediate past government.

Reacting to a press statement credited to the President of Abeokuta Club, Mr Tokunbo Odebunmi, which allegedly impugned the decision of the government to resolve the impasse at the Moshood Abiola Polytechnic (MAPOLY), the Special Adviser on Information to the state governor, Modele arafa-Yusuf, said the government was alarmed by the tribal colouration given to government’s decision.

The statement added that the allegation that the government was executing a hidden agenda in favour of any group or people in the state was grossly unfair.

“But for the avoidance of doubt, the following clarification on the action taken so far on Moshood Abiola Univedsity of Science and Technology (MAUSTECH) and Ogun State Polytechnic Ipokia needs to be made:

“This government inherited a protracted crisis at the MAPOLY over its status that had been changed to MAUSTECH by the last administration. Even MAUSTECH which was so established has nothing on ground over a year after its creation. There were no facilities to accommodate its upgrade to a degree-awarding institution.

“The last administration neither appointed a Governing Council to oversee its effective take-off nor put in place requisite academic and non-academic structures to run or administer the institution.”

There is also no record that efforts were made to source for students for the institution. In truth, MAUSTECH, from what we inherited from the last administration, only exists in name.

“But all this while, academic activities had stalled at MAPOLY. The staff and students were in limbo as the law establishing it had been reviewed to pave the way for the emergence of MAUSTECH.

“Therefore, for the recent directive of the government that academic activities be returned to MAPOLY to be effective, the law establishing it has to be re-enforced,” the statement explained.

“But while we understand and appreciate the clamour by groups and regions in our dear state for even representation of government projects, the decision taken so far by government is also to respect that clamour and ensure that the resources of the state are evenly distributed and judiciously appropriated. That informed the setting up of a committee on the issue.

“The committee was set up, in view of what was inherited on the status of the two institutions, to ascertain the current operational status of the institutions; identify issues and challenges related to the establishment and operations of the two institutions; determine the viability and sustainability of the institutions on a long-term basis; and identify any other issue(s) related to the objectives of the assignment; and make recommendations for the consideration of the government,”  the statement added.