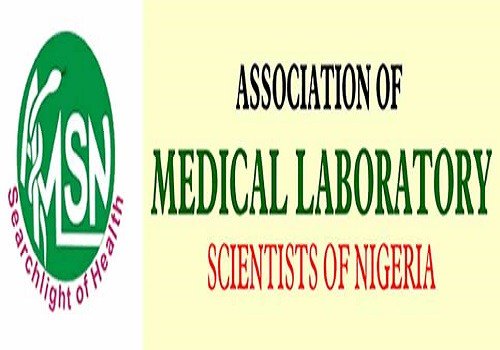 The Association of Medical Laboratory Scientists of Nigeria (AMLSN) has condemned the practice by some medical doctors of abdicating their primary responsibilities and instead take to the duties of medical laboratory scientists.

The body described the situation where medical doctors perform medical laboratory testing, which is not integral part to their training, and scheme of service as a ploy to destroy the medical laboratory service system and the country’s health sector.

The association at the end of its 199th National Executive Council Meeting held in Abeokuta, the Ogun State capital, insisted that it is illegal for people other than qualified medical laboratory scientists to carry out medical laboratory test.

The association’s National Publicity Secretary,  Dr. Casmir Ifeanyi, described the situation where medical doctors and medical laboratory technologists are performing the duties of the medical laboratory scientists as an “aberration and classic quackery” in the health institutions, which according to him, is putting the lives of patients and Nigerians in jeopardy.

He, however, cited an incident that occurred at the University of Calabar Teaching Hospital (UCTH), Cross River State capital, doctors took laws into their hands, “hijacked patients’ specimen, chased out and stopped medical laboratory scientists from performing their lawful duties. They took over the laboratories and thereby were churning out, issuing wrong and fake results for unprocessed samples.”

“It is disheartening to note that in many federal hospitals, teaching hospitals and federal Medical Centres across the country,  Nigerian doctors, especially those who call themselves pathologists have abdicated their primary duties as physicians to see and attend to patients, they now jostle as merchant for the procurement of medical laboratory equipment, reagents,  chemical and diagnostics.”

“We had a despicable incidence of doctors taking the laws into their hands. These misled doctors hijacked patients specimen, chased out and stopped medical laboratory scientists from performing their lawful duties. They took over the labs and thereby were churning out, issuing wrong and fake results for unprocessed samples.”

“As we speak, it is the practice in the Olabisi Onabanjo Teaching Hospital (OOUTH) Sagamu, Ogun State, Barau Dikko Teaching Hospital, Kaduna and in the many other hospitals across the country.  We call for an end of this menace because it is doing damage to patients care, patients safety and quality service.  It amounts to guided quackery in our public health institutions.