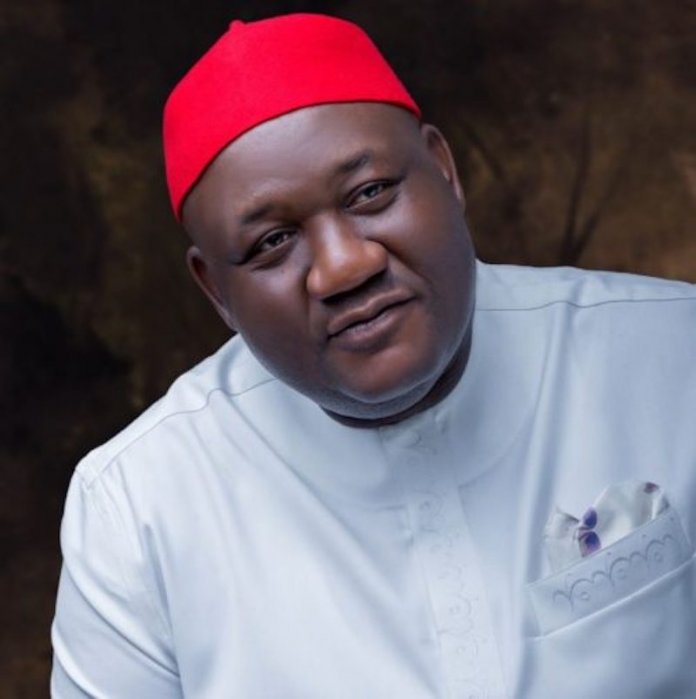 The winner of Imo North Senatorial District, Senator Benjamin Nwajumogu, Monday led a protest to the headquarters of the Independent National Electoral Commission (INEC), where he demanded his certificate of return without further delay.

Justice Taiwo Taiwo of the Federal High Court in his judgement had compelled INEC to “immediately issue the Applicant Senator Benjamin Uwajumogu a sealed certificate of return”, saying that “INEC does not have the power and right under any law in Nigeria to review or otherwise deal with any question related or connected to the declaration and Return Of the Applicant for the Imo North Senatorial District election held on February 23rd March 9, 2019 after the returning officer has taken a decision.”

While addressing journalists, Uwajumogu wondered why the commission had refused to honour the court order three weeks after.

He said: “As law-abiding citizens we approached the Federal High Court, which about three weeks ago gave judgement in our favour demanding that INEC should do the needful. Up till today, INEC has refused to release the certificate.

Uwajumogu alleged that there are people who are working in cahoots with some of his opponents and with INEC to ensure that his certificate of return was not released.

According to him, “Some of other people who have been given certificate did not have to go through any committee before they gave them their own certificate of return, why is my own going through this process?

Earlier, a group under the aegis of Concerned Citizens of Imo North Senatorial District had earlier gave 24 hours to the commission to issue the certificate of return.

The Director General, Benjamin Uwajumogu Campaign Organisation, Sir Mathew Omegara, in a letter addressed to INEC chairman, Prof. Mahmood Yakubu, said that on no account should INEC be seen appealing against judgements, or taking sides with any political party.

He stated: “On behalf of the concerned citizens of Imo North Senatorial District, we the leaders of the Benjamin Uwajumogu Campaign Organisation wishes to bring to your notice the overt indiscretion and double standard of the Independent National Electoral Commission (INEC) under your watch, in relation to the election of Senator Benjamin Uwajumogu in the recently concluded senatorial election in Imo North Senatorial District.

“In the recent past INEC had declared that the Commission is an unbiased umpire and had complied with all court orders within few days. This protest wouldn’t have been necessary but for the long period INEC has kept silent. It could be possible that a fifth columnist within INEC is working against Sen Benjamin Uwajumogu and APC to make the party a minority by reducing the number of seats already won without the knowledge of the Chairman?

“We dare bring to your notice that there is a deep seated public perception that INEC might be acting a selective agenda to frustrate the Southeast and make it impossible for the zone to present a ranking APC senator. The question is, whose script could INEC be acting since her actions are constitutionally, legally and morally inexplicable?