The African Development Bank (AfDB) has said the commercial agriculture being operated by Afe Babalola University, Ado Ekiti (ABUAD) will boost agro-based businesses in Ekiti and Nigeria in general.

The continental financial institution also said the 400-bed multi-system Afe Babalola University Teaching Hospital has started giving the country hope that the trend of medical toursism abroad will reduce, considering the equipment and quality of medical personnel available in the health facility.

Faal added that the multi-sectoral farm and multi-system hospital investments of ABUAD and experts in diverse fields in the university will help in the smooth take-off of the knowledge hub or zone being proposed by the Ekiti State Governor Kayode Fayemi.

“We are meeting the state government on the creation of knowledge hub and how we can support transportation, agriculture and agro based processing industries in Ekiti.

“ABUAD has done exceedingly well in the area of agriculture. When you talk of better agro-based zone that can boost the economy. ABUAD is laying a good foundation.

“With your multifceted investments and exploits in academics, you are not only a leading university in Africa, but ABUAD is now the anchor of development in Ekiti. The institution is key to Ekiti and South-west economy.

“AfDB is proud of ABUAD’s achievements. One would wonder how a university that was established nine years ago could dominate virtually every sector in Nigeria. The feat that you have achieved makes it much more easier for us to do business with you,” Faal said.

Commending the bank for its strong development focus in the African continent, Babalola said the AfDB fund given to the university was judiciously spent to equip the hospital to a world class status.

Babalola however regretted that the university ought to have begun work on the proposed Industrial Park, comprising 121 units of industries, but for a court action filed by the former owner of the land where the investment was to take off.

“When we conceptualised to build this hospital, we came to you for funding . But when the money didn’t come in time, we sourced for money elsewhere to begin the physical structures. When you eventually released your fund, we found it useful. We used it to purchase state-of-the-art equipment that are not available in any hospital here,” he said.

The founder also added that lack of airport facility in Ekiti is making the state inaccessible to investors, thereby affecting the institution.

“Try and go round our university and see what we have done with your money. We used the money to equip the 400-bed multi-system hospital. Here, we gave quality a priority. In fact, we are the first to begin mechatronics in Africa.

“Let me also reemphasise that for you to do business with us or Ekiti government, you need access.

“The road linking Lagos with Lokoja was constructed by Royal Niger Company before I was born and has not been improved upon and that is why we need an airport in this state,” Babalola said.

He said the coast is now clear for the commencement of work on the industrial park that will be located on 700 acres of land, since the court has dismissed the suit challenging the allocation of the government’s plot to ABUAD.

Knowing the centrality of electricity to any industry, Babalola stated that the university has sponsored two Independent Power Projects (IPP) to provide reliable and uninterrupted electricity supply to ABUAD industrial park and other facilities. 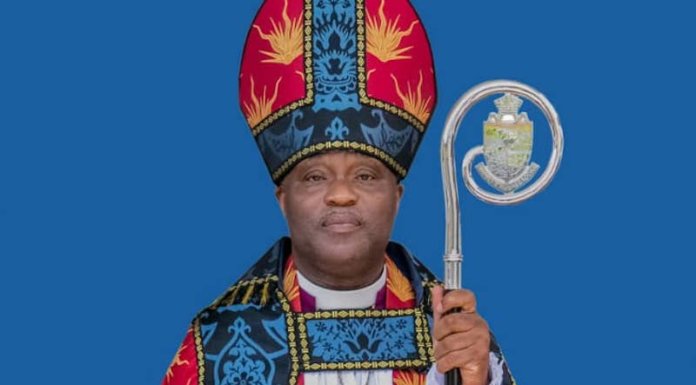