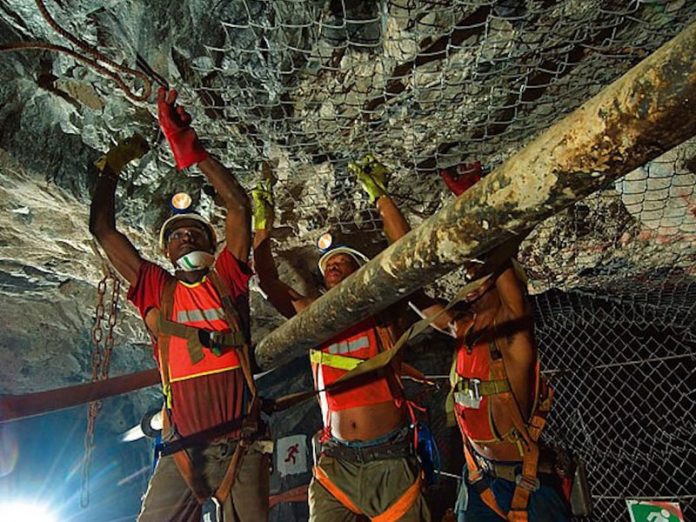 The federal government has reached an agreement with a French company, SOFRECO, as technical consultants to develop a programme for the formalisation of artisanal miners into cooperatives and small-scale mining outfits.

The move is expected to see the miners develop into thriving enterprises.

The agreement, the government disclosed, would also enable the design and implementation of artisanal and small-scale mining remote sensing monitoring system in the sector.

Project Coordinator of the Mineral Sector Support for Economic Diversification Project (MinDiver), Mr Linus Adie, while speaking on the sidelines of the event held in Abuja on Tuesday, he said the plan was to better organise the Small-Scale and Artisanal Miners (ASMs) for economic development.

He said the federal government considers the composition of the group as paramount, as they constitute 80 per cent of Nigeria’s mining population.

According to him, “The federal government had obtained a credit from the International Development Association (IDA) to fund the MinDiver project.

“This is in a bid to improve the attractiveness of the Nigerian mining sector, making it a driver for economic diversification for long-term private sector investment, in the exploration and production of minerals.”

He added that it would create a globally competitive sector capable of contributing to wealth creation, provide jobs and advance our social and human security.

Adie, said the primary objective of the agreement was to enhance economic opportunities of artisans through formalisation, which would in turn impact the reduction of smuggling practices and creation of incentives for their inclusion into the formal economy.

“It will also positively influence the review, revitalisation and the streamlining of informal mining in the regulatory and legal system.

“It is against this background that the MMSD is engaging the services of the Technical Consultant to support the ASM Department, aimed at improving and harnessing its potential the ASM sector.”

He said the main role of the consultancy was to provide technical advisory support to the Artisanal and Small-Scale Mining department of the Ministry and also ensure ASMs have direct access to mineral and financial markets.

“The project, which is expected to commence in September this year, will among other scopes review and evaluate the ASM Department records of the over 600 formalised ASM cooperatives currently across Nigeria,” Adie said.