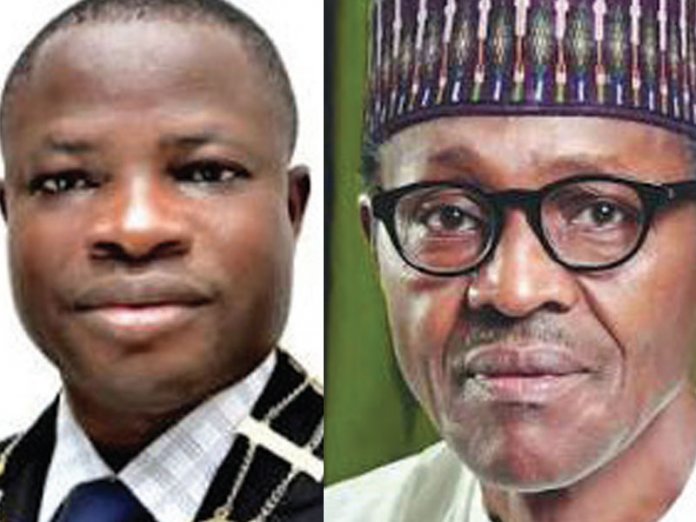 The implementation of the Treasury Single Account since 2015 has redefined the revenue generation and savings of the federal government, writes Emma Okonji

Last week, the federal government announced that the country saved as much as N10 trillion through the implementation of Treasury Single Account (TSA), which commenced in 2015. Although government may be surprised by the huge savings, but industry stakeholders who understand the power of technology innovation in blocking financial leakages and in creating wealth for individuals and nations are of the view that what the federal government is currently enjoying from the implementation of TSA, is just a tip of the iceberg.

According to them, the government would continue to experience more financial growth, funds generation and savings, if only it supports indigenous solutions developed by Nigerians and encourage them, just like the Remita software solution that is driving TSA in Nigeria. Remita was developed by SystemSpecs, a Nigerian software company.

The stakeholders have, however, expressed displeasure over a situation where the federal government has deliberately refused to keep to the terms of agreement reached between it, SystemSpecs and the implementing banks of TSA.

According to them, this situation has led government into owing SystemSpecs and the implementing banks, billions of naira, even though government has seen monetary value that TSA implementation is bringing to the country.

The implementation reportedly led to the closure of over 20,000 bank accounts, which were hitherto operated by MDAs in different commercial banks, without government having an idea of the monies deposited in the banks, because they were scattered across the country and government could not identify the exact number of bank accounts operated by its MDAs.

The Director of Information Technology Department in the Office of the Accountant General of the Federation (OAGF), Mr. Afolabi Ajayi, gave the figures during a peer review mechanism of MDAs to the Head of Civil Service of the Federation. He said the government had been able to save over N45 billion in monthly interest on its borrowings from banks since the TSA came on board.

According to him, a total of N50 billion revenue from MDAs had also been mopped up from commercial banks as a result of TSA implementation.
Ajayi also told the delegation led by the Head of Service, Mrs. Winifred Oyo-Ita that from April 2007 when the Integrated Payroll and Personnel Information System (IPPIS) was launched, up till February 2018, over N288 billion had been saved. He explained that the savings resulted from the difference between the amount government would have released to MDAs based on appropriation and actual amount released and paid through IPPIS. According to him, from the period when IPPIS was introduced to date, 506 MDAs with total staff strength of 344,625 have been integrated into the electronic payment platform.

The Accountant-General of the Federation (AGF), Mr. Ahmed Idris, had said the office had fully digitalised its function, particularly those driving public finance reforms initiatives.

Essentially, the TSA, a financial policy proposed by the federal government in 2012 under the Goodluck Jonathan’s administration, was fully implemented by the President Muhammadu Buhari’s administration in 2015 to consolidate all inflows from all agencies of government into a single account at the Central Bank of Nigeria (CBN). The introduction of the policy has reportedly reduced corruption and saved trillions of naira of public funds.

It was reported that it got to a point where some other MDAs would need money and go to the banks to borrow the same government money deposited by other MDAs at high interest rates. Again, when government wants to sell treasury bills, they were allegations then that the banks would mop up the excess monies from MDAs’ accounts to buy government securities.

In addition, it was reported that government contractors in the oil and gas sector as well as other sectors of the economy, had in the past, used one receipt to claim money several times from different government pay points for a single job that was carried by these contractors. They can use one payment receipt to lift fuel from different fuel depots across the country, thus defrauding government.

Worried about the situation then, the federal government had approached SystemSpecs, to design a software solution that will enable it see all government monies seated within MDAs from a single platform. SystemSpecs expanded the capacity of its existing payroll software system called Remita, to address that concern. Shortly after his inauguration in 2015, President Muhammadu Buhari ordered every MDAs to start paying into TSA account that is domiciled with the Central Bank of Nigeria(CBN), for all government revenues, incomes and other receipts.

With the implementation of the TSA, government monies were collated into a single account through automation and government was able to see and know the total amount of money generated by all MDAs of government and in the process, had good idea of the total sum of money accruable at any given time. With TSA implementation, government now has a better idea of the sum total of all its monies deposited in the banks, and has full control of such monies. TSA has therefore brought about automation and authentication that have blocked all avenues of financial leakages in government.

The Nigerian Computer Society (NCS), an advocacy group of the computing profession in Nigeria had raised the concern over the refusal of the federal government to pay the service charge accruable to SystemSpecs.President of NCS, Prof. Adesola Aderounmu, said the service charge, which has amounted to hundreds of billions of naira, was being owed SystemSpecs and the banks implementing the TSA.

“Up till now the federal government has not been able to fulfil its obligation with regards to the services rendered to her through Remita software, a product of SystemSpecs,” Aderounmu said.

Addressing the implications of the non-payment of the service charge to SystemSpecs and the implementing banks, Aderounmu said: “The situation shows there is very low appreciation for indigenous innovation, intellectual property and pace setting accomplishments by government, thus creating a hostile operating environment for operators.

“It shows a high level of disregard for contracts entered into with indigenous firms compared with the ‘high level of respect’ accorded foreign counterparts. It equally shows extremely low commitment to the implementation of the ICT Local Content Policy, despite official declarations by government on local patronage.”

He added that the action of the federal government clearly showed that there is no visible attempt to stop mass exodus of exceptionally brilliant indigenous ICT skills to other countries who sell the same skills back to Nigeria at exorbitant rates, leading to capital flight.”
The NCS boss was, however, worried about the one per cent service charge payment that has been withheld by the federal government, leaving SystemSpecs and the implementing banks with nothing.

Aderounmu, therefore, called on government to consider the earlier agreement reached and make efforts to remit funds due to SystemSpecs, which he said, had suffered undue hardship following the non-release of TSA service charge, yet the federal government is enjoying the services of Remita in TSA transactions.

Buhari had last year said the implementation of the TSA had put an end to the pilfering of the country’s treasury with billions of naira saved from maintenance fees payable to banks.

Other industry stakeholders who spoke to THISDAY, called on the federal government to encourage local production of software and hardware in Nigeria, to able Nigerians compete favourably with global players.