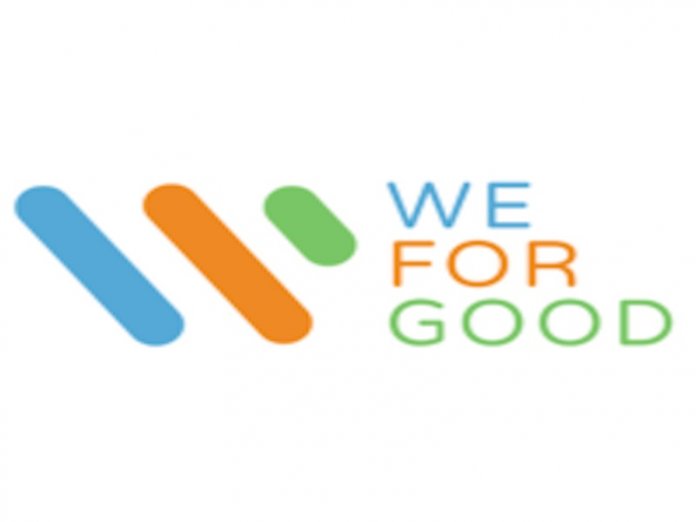 In commemoration of World Youth Skills Day that was celebrated on Monday, a youth-led initiative, WeForGood International, recently organised a conference for young people in Lagos.

The World Youth Skills Day, according to the United Nations, seeks to put the spotlight on rising youth unemployment, which is one of the most significant problems facing economies and societies across the world.

Also, according to the African Development Bank, “90 per cent of Africa’s youth live in low and lower-middle income countries and the biggest challenge they face is the lack of formal jobs.
“In these countries, 10 to 15 per cent of youth labour force participants find wage employment, while 30-50 per cent are vulnerably employed.

“In contrast, upper middle income countries such as Algeria and South Africa have higher wage employment and lower vulnerable employment, but high overall unemployment rates, with almost one in every five youth unemployed.”

However, in her welcome address at the event, which was sponsored by IHS Towers, WeForGood founder, Mrs. Temitayo Ade-Peters, said she found the UN report worrisome.

“This is one reality that I believe we cannot continue to allow to play out unchallenged,” she said.
According to Ms. Ade-Peters, solving youth unemployment was the basis upon which WeForGood, “adopted the Sustainable Development Goals (SDGs) as its roadmap for effecting desired changes. By demanding an all-inclusive multifaceted approach, the SDGs provide us with a viable roadmap for tackling identified challenges related to poverty, infrastructure, innovation, and environmental sustainability which are key elements for building a better Africa.”

Some of the speakers at the WeForGood event were Managing Partner/CEO at SwiftThink Limited, Ayoola Jolayemi; Environmentalist and CEO, Pearl Recycling, Olamide Ayeni; Gender Activist and Founder of Trash to Treasure, Olutosin Oladosu-Adebowale, and Business Analyst, Achenyo Idachaba-Obaro.

The speakers spoke to a group of young people and shared multiple insights on how to find a purpose, start and grow a business, find mentors and learn new skills, among other topics.

WeForGood International is a community that “brings people together to act on causes they care about. We are committed to building a new crop of African leaders who are committed to its sustainable development.”
The community also organises the 30under30 cohort, a group of young people (18-29) who are creating skills-based (creative, technical or vocational) opportunities that support the UN’s Sustainable Development Goals (SDGs). WeForGood offers the cohort free training, support and funding.

According to the United Nations, young people (aged 15 to 24 years) account for 16 percent of the global population and must be actively engaged in sustainable development efforts if society is to achieve sustainable, inclusive and stable growth and to avert “the worst threats and challenges to sustainable development, including the impacts of climate change, unemployment, poverty, gender inequality, conflict and migration.”
The World Youth Skills Day is marked every July 15.
end

YESSO is a World Bank assisted program anchored through the federal government, with Abia being the last qualifying state of the scheme and the only participating state in the South-east region.
According to a statement, beneficiaries of the programme would be paid a monthly stipend of N 7,500, which would enable them engage in economic activities.

Only states with existing Human Resources development project are qualified to participate in the program.
Speaking at the event at the International Conference Centre in Umuahia, Governor Okezie Ikpeazu said it was tailored towards enhancing capacity, growing economy, and charged beneficiaries to go and make Abia proud.
“This program is tailored towards enhancing capacity, growing economy. Therefore, the beneficiaries must cease the moment and make our state and their families proud.

“I enjoin you today make sure you multiply and grow whatever that has been given to your hand to deliver so that you can be better citizens not only for your family but for Abia and Nigeria in general.
“We expect that as you receive this money, you will deploy it to enhance your capacity to become employers of labour so that other people will receive their own blessings through you”.

“I am sure and confident that you will deploy the Abia spirit in you to become billionaires from the mustard seed that is given in your hand,” Ikpeazu said.

Governor Ikpeazu also noted that the Education for Employment (E4E) programme initiated by his administration within the first 100 days in office has remained an important pillar on which many Federal Government social support initiatives are hinged,Ikpeazu thanked the federal government for keying Abia state into the YESSO initiative as well as other initiatives of the federal government including the School Feeding Programme.

He used the opportunity to announce that the essence of the Enyimba City which his administration is establishing is to create job opportunities for the teeming youths adding that about 700,000 youths are expected to gain employment through the project.

National Coordinator of YESSO Programme, Hajara Sani, stated that the programme which was structured by the federal government in 2017, with assistance from the World Bank to handle insurgency in the north east, also provides cash capital and technical support to unemployed youths and vulnerable members of the society.
In his speech earlier, the State Coordinator and Focal Person of YESSO, Mr. Endi Ezengwa while disclosing that Abia is the first State in the South East to key into the programme,thanked governor Ikpeazu for his support and expressed belief that the programme will record huge success.