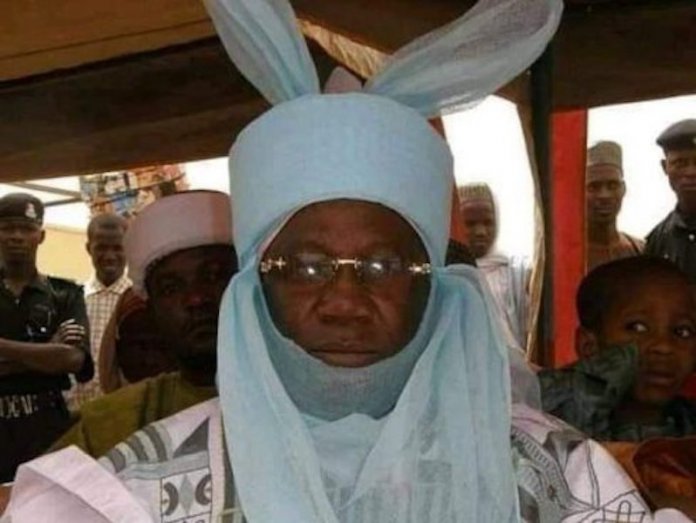 One of the suspects arrested over the abduction of the District Head of Daura, Alhaji Musa Umar Uba, an in-law of President Muhammadu Buhari, yesterday spoke on how they demanded $30 million from the family of the traditional ruler before they could release him.

The suspect, Yusuf Dahiru, who was paraded in Abuja along with 39 other suspected kidnappers, however, said they were yet to receive any ransom before their arrest in Kano.

Thirteen of those paraded were involved in the abduction of Uba from his Daura home in Katsina State on May 1.

Uba was, however, rescued at Gangan Ruwa quarters in Kumbotso Local Government Area of Kano State on July 1 by a joint security operatives.

During the parading of the suspects yesterday, the Inspector General of Police, Mr. Mohammed Adamu, called for stringent penalties to discourage kidnappings, which he said was thriving because of laxity in law.

Another suspect, Sarkila Abdul, said two of the suspects received training in Libya on how to disarm armed personnel, especially security agents and conduct ambush attacks.

Adamu, represented by the Force Public Relations Officer, Mr. Frank Mba, a Deputy Commissioner of Police, said tougher legislation against kidnapping was imperative now because of the “dispersal effect of crime”, kidnappers move to places where there are weak laws to operate.

“When you don’t have a uniform law, they are advised by their legal handlers to move to places with weaker laws. It is important that there is a uniformity of laws to stem kidnapping.

“I am calling for tougher legislation at the federal and state levels as a matter of urgency to review the laws and make them stronger as it relates to kidnapping,” he said.

According to him, one of the suspects was arrested several times, jailed but somehow managed to find his way out to set up another kidnap gang.

He pledged that the police would be more diligent henceforth in prosecuting the suspects.

He said 13 of the suspects were directly linked to the kidnapping of Uba, who was kidnapped and held for 60 days, and gave the age bracket of the suspects as ranging between 20 and 46
years.

He stated that five of them were from Katsina, four from Daura and the rest from Kano, adding that the arrest of the suspects was made possible through the cooperation of the communities where the kidnapping took place.

Adamu added that the special squads from the IG’s office also recovered nine AK 47 rifles, 383 live ammunition and six other weapons from the suspects.

“We also recovered a cache of chemicals used to produce explosives, three hand grenades of military calibre. These are not smoke grenades and teargas capable of taking down an entire structure,” he added.