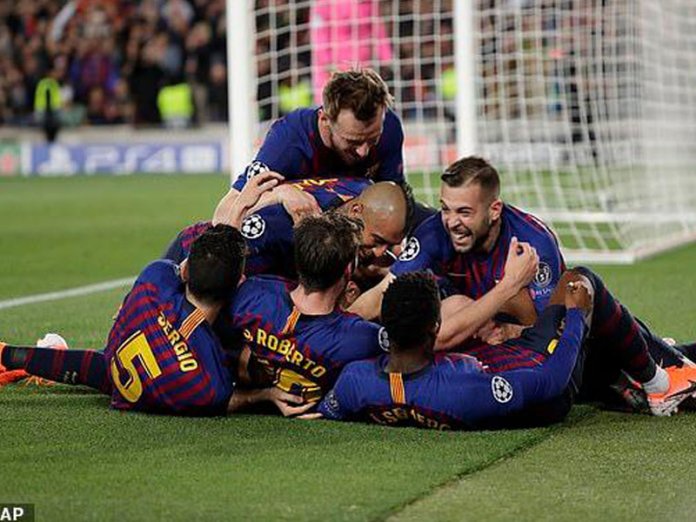 He signed a new five-year deal in June 2018, but announced in May he would be leaving the club this summer.

Atletico have been unhappy about Barcelona’s approach for the player and say 120m euros is “insufficient”.

Shortly after Barcelona announced the signing on Friday, Atletico responded by saying his buyout clause should have been 200m euros (£179m) – the value at the time they believe Griezmann and Barcelona began negotiating.

His release clause dropped from 200m euros to 120m euros on 1 July. “Griezmann, represented by his lawyer, has appeared at the headquarters of the Professional Football League to unilaterally terminate the contract that links the player with Atletico,” they said in a statement.

“Atletico believes that the amount deposited is insufficient since it is obvious that the commitment of the player and Barcelona was closed before the aforementioned clause was reduced from 200 to 120 million euros. “Atletico believes that the termination of the contract happened before the end of the last season and therefore has initiated procedures it has deemed appropriate to protect their rights and lawful interests.”

Atletico reported Barcelona to Fifa over an alleged illegal approach for Griezmann in December 2017.

Griezmann then rejected an offer from Barcelona last year and revealed his thought process in a documentary called The Decision.

But earlier this month Atletico accused Barca and Griezmann of disrespect and claimed the La Liga champions talked to their forward in March. They also ordered the player to report for pre-season.

In a statement, the Madrid club expressed their “strongest repulsion for the behaviour of both, especially Barcelona”.