The Nigerian Communications Commission (NCC), has advised victims of financial cybercrimes to hold their banks responsible for any loss emanating from associated crimes since such institutions are custodians of their deposits.

Speaking in an interview with journalists, she said the banks had been mandated to handle financial cybercrimes as they are the custodians of the customers’ money, adding that this was what was agreed on by all the stakeholders in a meeting they had earlier this year.

“Early this year we had a meeting in Abuja where the operators, the banks, security agencies and the Central Bank and we talked about this issue. What I want to tell people is that when you suffer any financial loss (cybercrime), go to your bank as that was one of the outcomes of the meeting that day.

“Go to your bank and report. The banks have been mandated because they are the custodians of people’s money.

“They have a responsibility to protect the people’s money under their custody. If you lose your money, go to your bank and if they are unable to answer you, report to CBN and you can as well report to NCC. We will take on the operator and CBN will take on the respective bank. The truth of the matter is that no one is expected to lose his or her money to cybercrime,” she said.

According to her, the decision was taken as a result of complaints from consumers of their frustrations knowing who to hold responsible for their online financial losses.

“So, what we and the service providers are doing is that we are collaborating on educating the consumers,” she added.

Speaking earlier in her welcome address

on the theme “Mitigating the Effects of Cybercrimes: The Role of Telecom Consumers,” she said it was chosen for deliberation this year to highlight the threats of cybercrimes to all users of telecoms services and to sensitise consumers on the role they needed to play in order to be protected from the prying eyes of cybercriminals and hackers.

“Without any doubt, consumers are important stakeholders in the current cyberspace where individuals and corporate users of telecommmunications devices often use the internet in our connected world. It is our belief as a commission, that without consumers becoming aware of cybercrime trends and making efforts to ensure safe use of connected devices, cybercriminals will continue to make cyberspace unsafe,” she said.

According to her, cyberspace covers everything consumers do online

Deputy Director, Consumer Affairs Bureau, Mr. Ismail Adedigba, who stood in for the Executive Vice Chairman (EVC), NCC, Prof. Umar Dambatta, said the liberalisation of the industry had led to an upsurge in the use of internet and that the commission had developed an Internet regulatory code to secure the country’s cyberspace.

“Realising that liberalisation of the telecom industry has led to an unprecedented increase in the usage of Internet-based solutions and services..The NCC has initiated a process to establish an Internet industry code of practice for internet service providers in the country.

“The internet code is a regulatory intervention expected to secure the country’s cyberspace against imminent threats from cyber attacks as well as addressing issues such as online child protection, privacy and data protection among others,” he said.

He tasked telecom service consumers to play their role in effectively, noting:

“Let me emphasise at this juncture that while the regulatory intervention and other initiatives are on-going to sanitize our internet space, telecoms consumers must play their role. Thus, the need for you all to take this meeting seriously as we educate you on what your roles should be in minimizing the effect of cybercrime.”

On the total eradication of cybercriminals from the country’s cyberspace, he said, “To say that you are going to eradicate cybercrime is a tall ambition because you cannot eradicate it but what you can do is to educate the public so they will not fall victim of cybercrime activities. People are looking for loopholes to perpetrate crime. If people are inform they will know how to protect themselves. We educate the public through our consumer conservation and advocacy.”

According to him, cybercrime is any crime committed on the internet, listing various ways the crime is taking place as identity theft, hacking and using the SIM card replacement methodology.. 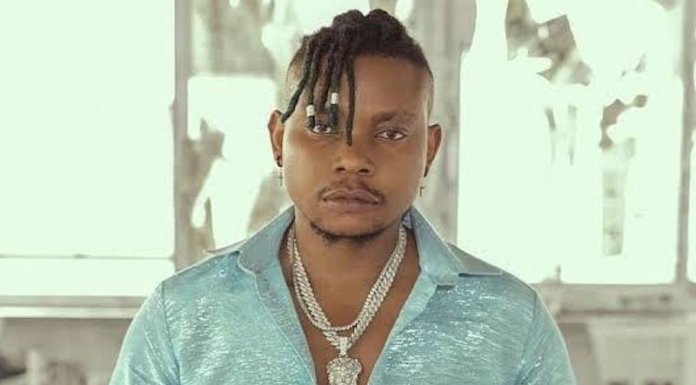