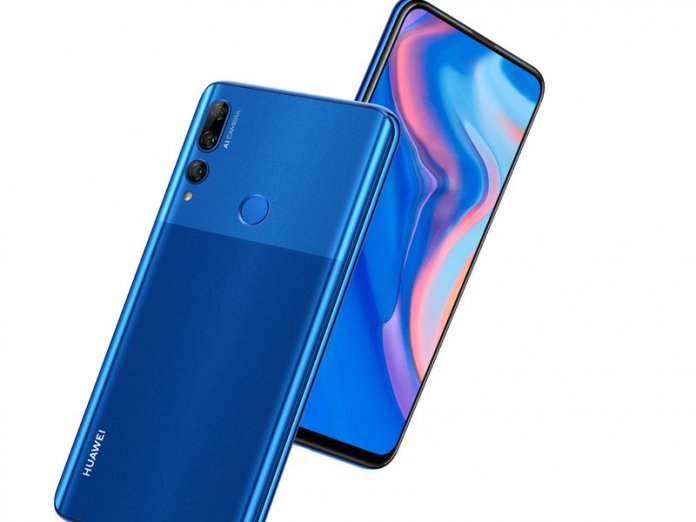 Huawei Consumer Business Group, yesterday in Lagos, launched the latest of its Y Series smartphones called the Huawei Y9 Prime 2019, which is a line of smartphones that caters to the younger generation to realise their true potential. The Huawei Y9 Prime 2019 packs premium come with latest features and innovations, which include a new and improved display and a revolutionary auto pop-up front camera.

The smartphone device, which goes for N83,900, is designed for users who demand the most out of their screens, as the device boasts an all new ultra full view display that is not interrupted by any notches creating a seamless viewing experience.

Sized at a massive 6.59 inches with a resolution of 2340 x 1080 FHD+ and an aspect ratio of 19:5:9, the display is 91 per cent pure screen estate, allowing users to enjoy a display like never before. The display is also capable of authentic and rich colours with a wide colour gamut of 85 per cent. Be it watching videos, browsing social media or any simple task, the Huawei Y9 Prime 2019 promises users with an immersive viewing experience without any interruptions.

The device also comes with TUV Rheinland’s certified low blue light eye protection, which helps the screen filters out harmful blue light emissions and intelligently adjusts color temperature and brightness to protect against eye strain. Additionally, when in low light situations, the screen brightness can also be brought down to two nits for a more comfortable viewing experience.

The HUAWEI Y9 Prime 2019 boasts a design style that is divided in to three parts. The upper third houses the Triple camera and fingerprint sensor, while the bottom two-thirds has a minimalistic look with a darker hue.
Even with its massive 6.59 inch bezel-less display, the Huawei Y9 Prime 2019 is still comfortable to hold and is complemented by the overall 3D Arc Design that shines like glass, while still being durable and shatter-resistant, making it both visually appealing and functional.

Additionally, users can also enjoy stunning studio effects in their selfies including 3D portrait lighting.
Other features of the newly launched smartphone, include a 16MP + 8MP + 2MP triple-camera on the back. Both the 16MP primary and 8MP secondary sensors feature a six-lens plastic array (6P) design that reproduces minute details within an image and captures more photons. As a result, the phone empowers users to recreate scenes in their full complexity, with enhanced image clarity, contrast, and overall quality.

Speaking about the performance of the smartphone device, the company said it houses an ultra large 4000 mAh battery for extended periods of intensive use, and uses a type-c port, which is smaller, faster and reversible.

Powered by the Kirin 710F chipset, the phone promises super smooth performance. The chipset is 30 per cent more efficient than its predecessor and manages phone heating during complex resource allocation, thus saving battery life. The smartphone runs Android 9.0 with the EMUI 9.0, which learns and analyses user behavior that enables a more optimised user experience and has a 12.9 per cent higher performance. The system is further optimised by Flash-Friendly File System (F2Fs 2.0) and Extendable Read-Only File System (EROFS), which provides better memory management, improving performance and speed. In terms of storage, the Huawei Y9 Prime 2019 comes with 4GB RAM and 128GB ROM and an expanded memory up to 512GB.

The Huawei Y9 Prime 2019 will be available for pre-order from 15th July on Jumia, 3CHUB, Pointek and SLOT stores nationwide in three colors: Midnight Black, Sapphire Blue and Emerald Green. Huawei is offering customers that pre-order, a free package and a chance to win a surprise delivery. The smartphone will be available from 22nd July nationwide.