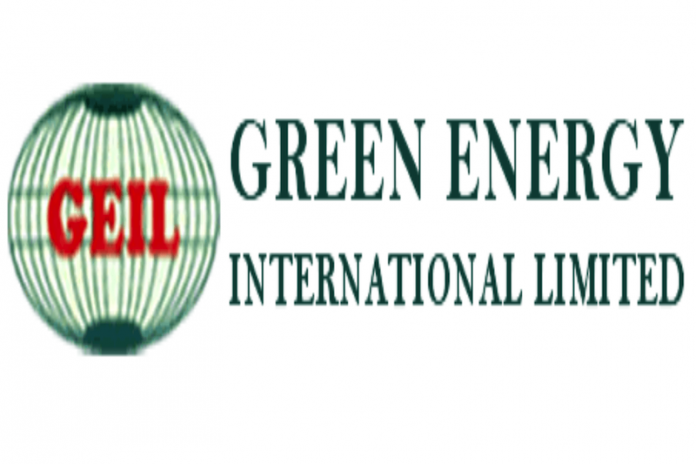 Kasim Sumaina in Abuja
Green Energy International Limited, (GEIL), the operator of the Otakikpo Marginal Field OML 11 in Rivers state, has disclosed that it has signed a memorandum of understanding (MoU) with a consortium of international companies including an oil service giant, London-based international bank, prominent crude oil off-taker and EPIC contractor, for the second phase development of the field involving a total package of US350 million.

The deal, it revealed would make the Otakikpo field a crude processing and exporting hub in the Niger Delta, adding that, it was conceived to unlock the potential of other commercially-stranded marginal fields in the area.

The second phase development, Director, Corporate, Olusegun Ilori, stressed involves the drilling of additional wells at Otakikpo Marginal Fields which would significantly increase the field production from the present 6000 bpd to 20,000 bpd and the expansion of the processing facilities from 12,000 to 50,000 bpd, to adequately handle production from the other fields.

Ilori, in a statement, Monday in Abuja, disclosed that the project also involves the construction of 1.3 million barrels’ onshore terminal and a 20km export pipeline and crude oil loading system for efficient export of the expected production.

According to him, “It is to be noted that the GEIL has already secured the approval to construct (APC) for the onshore terminal and the associated export infrastructures.
“The onshore terminal will significantly reduce the field production OPEX, increase operational efficiency, improve security and also contribute tremendously to the economy of the local communities.”

“The onshore terminal will be located in the Atlantic Industrial Park- Ikuru Town, being also facilitated by GEIL, as a gas-powered commercial and high-value proposition anchored on the power to be generated from the field’s gas production. GEIL has recently obtained a 40 MW power generation license from the NERC for the power generation that will service the industrial park.”

Commenting on the conclusion of the MoU, the Chairman of Green Energy International Limited, Prof. Anthony Adegbulugbe, described the deal as a major milestone in the oil and gas industry particularly for the marginal field coming on the heels of a successful commencement of production in 2017 and recent conclusion the interpretation of the 3 D seismic data acquired by the company to maximise the Otakikpo field opportunities.

He said the stakeholders were excited that the financial package brought close to realisation, the vision of the company as an integrated energy company that ensures optimal utilisation of hydrocarbon resources for the benefit of the nation and local communities around the field.

He said the company was sure to benefit from the consortium’s excellent international project and field management experiences and expertise.

On the issue of gas monetisation, Adegbulugbe stated: “We are poised more than ever before to develop the oil and gas field with the Small Scale Gas Utilization project ( SSGUP) as the backbone of field development activities to ensure compliance with the zero gas flare policy the federal government.”

The Factory Acceptance Test (FAT) of the 12mmscfd gas processing plant for which the approval to construct (APC) was received from the federal government has been concluded recently at the facilities of the Chinese company -Peiyang Chemical Equipment Co. Ltd (PCC),the original equipment manufacturer (OEM) .

Adegbulugbe, commended the DPR for its prompt support in the conceptual designs and implementation of the projects for the development of the field adding that the initiative of the company which potentially would bring over $350 million direct foreign investment into the economy would be a booster to the present administration’s drive for economic growth and investment inflow to the country.