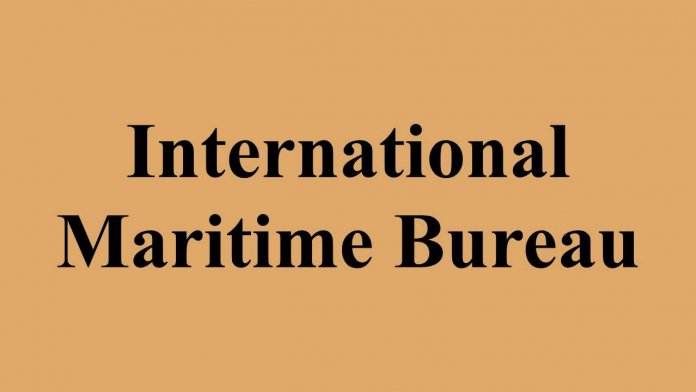 Nigeria has again been rated number one in pirate attacks in the Gulf of Guinea, according to a new report by the International Maritime Bureau (IMB).

IMB is a specialised department of the International Chamber of Commerce (ICC) whose responsibilities include fighting crimes related to maritime trade and transportation, particularly piracy and commercial fraud and protection of the crews of ocean-going vessels.

In its second quarter 2019 report released yesterday, the international agency said Nigeria led the table of pirate attacks with 21-recorded incidents between January and June 2019, as against 31 for the same period in 2018.

With this record, Nigeria beats Indonesia, which recorded 11 attacks, Venezuela’s six attacks and Peru’s four attacks during the six months under review.

According to the report, Gulf of Guinea saw 73 per cent of all kidnappings at sea, and 92 per cent of hostage takings.
Pirates kidnapped 27 crewmembers in the first half of 2019 and 25 in the same period in 2018, the report said.
Also, two chemical tankers were hijacked, as well as a tug that was then used in another attack. Of the nine vessels fired upon, eight were off the coast of Nigeria.

Six country namely Nigeria, Ghana, Benin, Bangladesh, Indonesia and Venezuela featured on that pirate attack chart in 2018, Nigeria and three other countries with Peru coming in as a new entrant on the chart for the period under review.
It added that all kind of weapons such as guns, knives and other dangerous material were deployed to carry out attacks on vessels, a development that led to some seafarers being injured and kidnapped.

The report read in part, “In the past, incidents reported up to about 170 nautical miles from the coast. In many past incidents, pirates hijacked the vessels for several days and ransacked the vessels and stole part of the cargo usually gas oil.

“A number of crewmembers were also injured and kidnapped in these incidents. Generally, all waters in and off Nigeria remain risky. Vessels are advised to be vigilant as many incidents may have gone unreported. Incident continues to rise substantially especially kidnapping of crews for ransom. Vessels are advised to take additional measures in the high-risk waters.

“Although, there was a reduction in the number of attacks in the African region, Nigeria still led the continent all through 2018 and first half of this year. In first six months of 2018, 39 bulk carriers were attacked as against 20 in 2019. For container vessels, nine vessels were attacked in 2019 while six attacks were reported in 2018 as against crude oil tanker that reported nine in 2018 and 12 in 2019.

Reacting to the development, an official of the International Ships and Ports Facility Security, (ISPS) Code Unit of the Nigerian Maritime Administration and Safety Agency (NIMASA), Mr. Adebayo Olatoke, said although the IMB had many sources of information, most of the information were not correct.

Olatoke added that most of these reports were unverified.
He said: “This is a manipulation of the system; most of these reports are made after these vessels travel out of our waters. If they are attacked, the attacks are not carried out on our waters but when the captain of the vessel is reporting, he will report that the place of attack is Nigeria. With the signing of the law against pirate attack in Nigeria, the waters will become uncomfortable for pirates in another six months.”