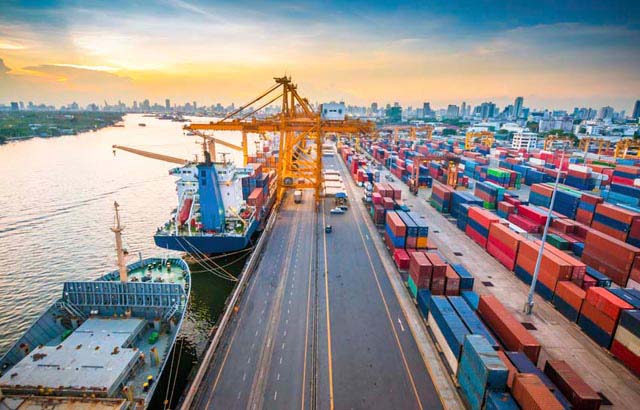 Eromosele Abiodun posits that efforts by the Nigerian Maritime Administration and Safety Agency, in collaboration with stakeholders, to address gender imbalance in the maritime industry will boost the industry

Shipping is an industry that contributes over 90 per cent to the world economy. There are about 51,400 merchant ships plying all over the world, transferring goods between places, keeping the economy running. Whether it is oil from the Gulf or iPhones in containers being delivered from one part of the world to another – everything is running round the clock, with precision and diligence.

Who are the people responsible for this non-stop action? While the shipbrokers and the charterers and the owners take care of the financial aspects backing the viability of the trade, the seafarers are the ones executing it in the real life aspect. The trade is only so good when the product is delivered safe and on time to the receiver, and seafarers ensure that Sundays or public holidays notwithstanding! Seafarers do not understand the concept, rather cannot be allowed to understand the concept of Sundays – someone somewhere is in need of a product that must be delivered clean and on time.

Also, nations are fuelled by gas (gallons of crude oil carried by VLOC’s and VLCC’s) and to make it clearer, the shortage of oil supply because of a stalled ship can cause chaos. This involves years of rigorous training in mastering the aspects of navigation, cargo work and ship operations and the everyday precise application of it.

In response to growing concerns about the global gender imbalance in the maritime industry, the Nigerian Maritime Administration and Safety Agency (NIMASA) recently moved to redress the situation through deliberate steps designed to accommodate women.
The International Maritime Organisation (IMO) made gender equality the focus of this year’s Day of the Seafarer, marked June 25, with the campaign theme, “On board with gender equality,” echoing the 2019 World Maritime Day theme, “Empowering Women in the Maritime Community.”

IMO said the emphasis on women empowerment this year was meant to draw international attention to an awful inequality in the maritime sector, where women constitute only two per cent of the total seafaring population.
The First Lady, Mrs. Aisha Buhari, who chaired the Day of the Seafarer celebrations in Nigeria hosted in Lagos by NIMASA, also expressed worry about the poor worldwide figures of women in maritime.

But she disclosed that President Muhammadu Buhari was determined to provide platforms that will encourage more women’s participation in the sector to boost economic development.
Speaking at the event, the Director-General of NIMASA, Dr. Dakuku Peterside said the agency was set to do more in collaboration with stakeholders.
Dakuku, said NIMASA was taking steps to remedy the unfair maritime workforce statistics. In contrast to the worldwide record of two per cent women seafarers, he said, Nigeria posts somewhat better statistics.

Improved Statistics
He disclosed that out of the 6,039 seafarers on the Nigerian seafarers’ register, 567 or 9.3 per cent were females. Also, data from the Maritime Academy of Nigeria (MAN), Oron, showed that 26 of the total 250 students in the school were females, representing 10.4 per cent, he stated.

He added that while 304 of the 2,041, representing 14.9 per cent, beneficiaries of the Nigerian Seafarers Development Programme (NSDP) were females, 32, representing 13.4 per cent, of the 239 cadets currently enjoying sea time training sponsored by NIMASA were females, and the Agency was committed to continuous improvement in the above global standards.

“We have since moved to redress the imbalance in the sector by adopting deliberate policies tailored towards bringing in more women to the maritime industry, particularly, the seafaring profession, in response to the global concerns and in tandem with the IMO theme for the year. We are in concert with the President Muhammadu Buhari government in its Next Level initiative, which aims at ensuring an all-inclusive development.

“The maritime sector is a key industry and we cannot afford to exclude the women, who make up about 50 per cent of our population, in activities within the all-important industry. So we shall be engaging stakeholders in the sector to design measures and modalities for the engagement of more women in shipping activities and other areas within the maritime workforce, “he said.
Dakuku, stated that the reform agenda being implemented by the current management of the agency was consciously designed to make the work environment conducive for all genders.

Dakuku, stressed that women are central to the accomplishment and efficiency of most successful world economies.
He assured that the agency will continue to pursue policies and programmes that will accelerate gender equality and empowerment of women in the maritime sector as well as improved welfare packages and working conditions for seafarers in line with the provisions of the Maritime Labour Convention (MLC), 2006.

According to him, “In addition to the 304 female cadets we have trained in seafarers since the inception of the National Seafarers Development programme (NSDP), greater attention will now be given to the training of female seafarers in specialised courses and areas to enable them take up professional responsibilities in specialised vessels and off shore operations and maritime sector generally.

“Following the resolve to implement the new Cabotage Compliance Strategy that suspends waiver on cabotage manning, the placement of women on board vessels will be given very high priority. An enabling environment will be created to ensure their preference.
“I am happy to inform you that we have already recorded success in this regard, as about 7, 000 Nigerians were employed by ship owners between 2019 and first quarter of 2019, ”he added.

Buhari Tasks MDAs
Also, Aisha Buhari called on government agencies at all levels, especially those in the maritime industry to ensure the achievement of the United Nation (UN) Sustainable Development Goal 5, aimed at attaining gender equality and the empowerment of all women and girls.

Represented by wife of the Vice President, Mrs Dolapo Osinbajo, Buhari said the celebration focusing on women’s seafarers is very apt as it is in line with the federal government agenda on job creation and women empowerment, stressing that President Muhammadu Buhari desirous of seeing more women play more active role in the maritime industry.
According to her, “I am very delighted to be part of this important event in view of the fact that this year’s theme is centred on gender equality and the empowerment of women in the maritime industry.

“This is against the backdrop of women’s poor rate of participation in seafaring and it is also worthy of note that this year’s theme is in tandem with the federal government agenda on job creation and power empowerment.
“It is important to educate young girls on the opportunities and benefits derivable from being a seafarer and to dissuade them the belief that seafaring is only meant for men. They need to know that there are equal opportunities for both men and women in shipping.”

Buhari, who commended the leadership of the Nigerian Maritime Administration and Safety Agency (NIMASA) for encouraging women become professional seafarers through the Nigerian Seafarers Development Programme (NSDP), also lauded the efforts of few indigenous companies that have adopted as a policy, fair and equal employment opportunities for both men and women.

In his good will message, Executive Secretary, Nigerian Shippers’ Council (NSC), Hassan Bello, disclosed that the country spent about $9 billion as freight on wet and dry cargo due to lack of national fleet in 2015.

Bello, while calling for more participation of women in seafaring, also informed that only about two percent of the world seafarers are women.
According to him, “In the international carriage of goods, Nigeria does not have a single ship, so all what we have been doing is slave for foreign ships. $9 billion and rising is what we pay, not for Nigerian ships but ships elsewhere. Imagine what the earnings of freight will do, if these are Nigerian ships?

“When we talk of Nigerian ships, we are also talking about our Nigerian banks, insurance companies, mariners, seafarers, surveyors and our seamen.
“All these are not gaining because we don’t have ships. So the issue is not actually whether women are going to be employed but on what ships. We need to have those ships before women are employed.”

Bello, while calling for more participation of women in seafaring, also informed that only about two percent of the world seafarers are women.
“The reason for the low percentage of women in seafaring is understandable. It ranges from the harsh working environment in the sea to issues such as sexual harassment, gender discrimination and inappropriate comments. “Section 17 of the Nigeria constitution states that every citizen should have equal right before the law, despite this catalytic provision, it has not been easy for women to fight gender discrimination,” he said.

Encouraging Female Participation
Dakuku had while speaking at the 2017 Business Luncheon of Women’s International Shipping and Trading Association (WISTA), called for more female participation in the Nigerian maritime industry adding that their contribution is key to the development of the sector for the growth of the economy.

Dakuku, urged women to bring to bear their influence in supporting the federal government as it strives to put the necessary infrastructure in place for port development.
“We know the strength and commitment of women, we urge you to collaborate with us as we continue to provide infrastructure that will ensure the ease of doing maritime business, ”he said.

Dakuku, also noted that the agency has continued to come up with policies that will encourage women in maritime, adding that the national seafarers’ development programme, an initiative of the agency towards arresting the dearth of trained and certified seafarers, give support that will encourage female participation in shipping.
He further lauded the initiatives of WISTA like the “girls go to sea” programme of the association which complements the Agency’s efforts in building capacity for the sector.