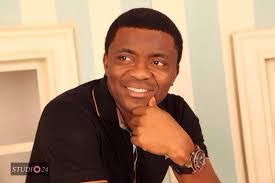 Amby Uneze writes that the circumstance under which the Independent National Electoral Commission withdrew the Certificate of Return (CoR) earlier issued to Hon. Chike Okafor who was declared winner of the House of Representatives election for Okigwe South Federal Constituency is still clouded in controversy

To the electorate in Obowo/IhitteUboma/Ehime Mbano Federal Constituency that makes up the Okigwe South Federal Constituency of Imo State, Hon. Chike Okafor actually gave good account of himself during his 2015–2019 representative period in the Green Chamber of the National Assembly. He went to Abuja and made his Federal Constituency proud. His free medical outreach brought succor to numerous constituents who depended on the regular programme to treat various ailments.

Informed by this quality and effective representation, a good number of his constituents had no regrets working proudly for the process that would return him to the House in the 2019 election to repeat, and possibly surpass the performance in his first term. Though his victory was not pronounced in the first ballot, it took the re-run election of 9th March, 2019 to confirm that Chike Okafor actually won the election in the first instance, hence his certificate of return was delayed a while.

Okafor, was one of the leading hopefuls for the Speakership position of the House of Representatives. Poised to return as the only ranking member on the political banner of the All Peoples Congress (APC) from the South-east, this dream was truncated when the Independent National Electoral Commission (INEC) surreptitiously withdrew his certificate of return and handed it over to the candidate of Accord Party, Hon. Emeka Nwajuba. Nwajuba had lost in the primaries to Okafor, before dumping the party and switched over to Accord.

The problem started when one Mrs. Chioma Maryann Uzoma sued the APC, Nwajuba and INEC as 1st, 2nd, & 3rd defendants respectively in suit no FCT/HC/CV/423/18. In that suit, she challenged the process of APC primaries and finally asked the court to nullify the APC primaries for Okigwe South Federal Constituency and restrain the APC from submitting the name of Nwajuba and also to restrain INEC from accepting the name of 2nd defendant (Nwajuba) from the APC.

When the matter came up during submission of candidates, INEC and APC agreed that the suit challenged the nomination of Nwajuba. In the place of Nwajuba, the APC nominated Okafor. It was resolved at the time that the suit did not in any way restrain APC from submitting the name of Okafor or INEC from rejecting his nomination. Ordinarily, that should have been the end of the matter.

But Nwajuba, having cleverly initiated the first suit through a phantom identity, went on to file a new suit against INEC in suit NO/CN/1424/2019 between himself as Hon. Chukwuemeka Nwajuba Versus INEC in a Abuja High Court not even in a Federal High Court and prayed through originating summons as follows;

“A declaration that the votes purportedly awarded to the APC by the respondent in the main election into the Okigwe South Federal Constituency on 23rd of February 2019 and at the rerun elections held on 9th March 2019 are null and void, that the said party (APC) having participated in the said election without the conduct of primaries was against section 140(2) of the Electoral Act 2010 as amended.

“An order of mandatory injunction directing the respondent to issue a Certificate of Return in respect of the election into the Okigwe South Federal Constituency held on 23rd February and 9th March 2019 to the claimant.” It is therefore based on the judgment in suit NO/CN/1424/2019 that mandated INEC to issue Nwajiuba a Certificate of Return.

Based on the foregoing, it is therefore clear that the suit NO/CN/1424/2019 which INEC relied on to issue new certificate of return to Nwajuba is not a pre-election matter. It is a post-election matter filed after INEC had declared the result of the 9th March 2019 Okigwe South Federal Constituency Election in which Chike Okafor won.

According to Kissinger Ikeokwu, an Owerri-based legal practitioner, “It is also clear that no court in Nigeria has powers to entertain a post-election matter after someone has been declared the winner except the relevant Election Petition Tribunal (EPT). The decision of the Abuja High Court on suit NO/CN/1424/2019 is clearly an abuse of court process.

The reason cited by the FCT court to issue the certificate of return to Nwajuba, the candidate who came second in the election was that Okafor who was not even a party to the case ab initio was declared ineligible in absentsia to contest the said election, and then the Electoral Act would have played a role in resolving the matter.

Referring to the submission of Prof. Nnamdi Obiaraeri on the matter, “A detailed look at the  provisions of sections 140(2) of the Electoral Act as amended which call for consideration on this controversial issue of who is the rightful winner of the Okigwe South Federal Constituency, INEC lacks the powers to issue a Certificate of Return in the circumstances of this case.

Obiaraeri maintained that it has been legally interpreted that, the word “shall” is mandatory and compulsory, adding “too many decisions of the Supreme Court of Nigeria support this view.

“Thus, where the provision of section 140(2) of the Electoral Act as amended is successfully activated, the compulsory thing that must be done by the Court or Tribunal is to order a fresh election.

In view of the foregoing, assuming without conceding that Okafor was not qualified ab initio to contest the election into the Okigwe South Federal Constituency by reason of the court order(s) or judgment(s) being bandied around, by reason of the express provisions of section 140(2) of the Electoral Act as amended, this action of issuing a fresh Certificate of Return by INEC is illegal and manifestly unsupportable.

“Under our extant laws, where a court forms an opinion that the person who won an election was ab initio not qualified to contest the election, the only option open to the court is to order a fresh election.

“This, with due respect, is the kernel of Nwajuba’s grouse against Okafor and in the event that he succeeds, as it appears to be the case until upset on appeal, the relief open or available to him or any other person under our Electoral Laws before a court or tribunal is order of a fresh election.

“We are still at a loss over what court or tribunal would have ordered the issuance of a certificate of return instead of ordering fresh election if it was satisfied that the person who won an election was not qualified to contest the said election?

“It must have been from this order or judgment that INEC purportedly derived its power to administratively issue a certificate of return in total disregard to the applicable provisions of section 140(2) of the Electoral Act as amended to this case.

“If the Tribunal or the Court determines that a candidate who was returned as elected was not elected on the ground that he did not score the majority of the valid votes cast at the election, the election Tribunal or the Court, as the case may be, shall declare as elected the candidate who scored the highest number of valid votes cast at the election and satisfied the requirements of the Constitution and this Act.”

“Uzukwu Patrick Esq has correctly explained that, “Whereas section 140(2) of the Electoral Act as amended deals with situations where the candidate with the highest votes was ineligible or not qualified to contest the election, section 140(3) of the Electoral Act as amended looks at a scenario where the candidate returned as elected though eligible and qualified to contest was not elected with the highest numbers of valid votes.

In view of the foregoing, Nigerians need to know where INEC derived its power to issue a certificate of return to Nwajuba in the peculiar circumstances of this case?