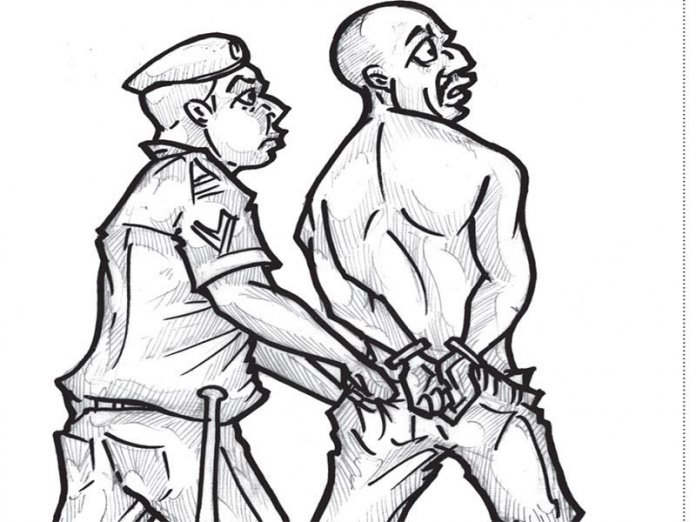 The Navy should work within the laws of the country

To prohibit the illegal arrest and detention of the Nigerian people the constitution has decreed that any person detained and not granted bail by the Nigeria Police Force or any other security agency shall be arraigned in a competent court of law within a maximum period of 48 hours. In many instances, the courts have condemned the indiscriminate arrest and detention of citizens and awarded damages to victims in deserving cases. But such judicial indictment and administrative interventions have not ended the reckless violation of the fundamental rights of citizens to personal liberty and dignity guaranteed by the nation’s constitution and other international human rights instruments which have been ratified by the federal government.

For the past two months, renowned legal practitioner, Mr. Femi Falana, SAN, has been having a running battle with the authorities of the Nigerian Navy over the alleged detention of about 150 Nigerians and foreigners. According to Falana, some of the suspects have been held incommunicado without trial for more than two years. As if that is not enough, the orders of two competent courts for the release of some of these suspects have been treated with disdain and ignored by the Nigerian navy. A few of the detainees are military personnel while the rest are civilians who ordinarily are not subject to the provisions of the Armed Forces Act.

Apart from 10 of the detainees that are said to have been held inside a vessel in Marina, Lagos, the rest are detained in military detention facilities in Lagos, Abuja, Warri, Port Harcourt and Calabar. All the detainees are alleged to have been denied access to their family members, lawyers and doctors. Apparently embarrassed by Falana’s disclosure, the authorities initially denied holding any of the detainees in its custody. But when Falana revealed the names of 40 of the detainees and their places of detention the naval authorities recanted and admitted that they were detaining an undisclosed number of criminal suspects involved in maritime offences. A week later, the navy paraded 22 suspects and announced that the Economic and Financial Crimes Commission (EFCC) had taken over the investigation.

In order to ensure that Nigerian citizens are not detained without trial by the police and other law enforcement agencies, section 34 of the Administration of Criminal Justice Act (ACJA) 2015 has mandated all Chief Judges to designate Chief Magistrates and Judges to visit all detention facilities in Nigeria. During such visits the judge or magistrate shall order the immediate release of those who are illegally detained, grant bail or recommend the trial of indicted suspects. Based on the request of the human rights community, the Chief Justice of Nigeria has had cause to direct all chief judges to appoint chief magistrates and judges to conduct a monthly inspection of all detention facilities in the country. But in spite of the directive, it is sad to note that some chief judges have refused to designate judges and magistrates to visit police stations and other detention centres. Hence, the incessant arrest and detention of citizens has not ceased.

However, we are not unaware that the Nigerian navy has alleged that the detained suspects were arrested for engaging in various acts of economic and financial crimes. But that is not a legal justification for detaining them indefinitely without trial. In fact, the investigation of such grave allegations ought to have been carried out speedily to facilitate the prosecution of the suspects by the EFCC. The contemptuous disregard of the court for the release of some of the detainees is therefore condemnable. We call on the authorities of the Nigerian navy to either admit the suspects to administrative bail or arraign them in competent courts.